I know, I know.  A couple of weeks back I said that “it’s unusual to use the music from one anime to make an AMV for another”….  But there’s actually a special case where that’s less unusual.  Combining the OP track from one anime with footage from a second anime to create a crossover or parody opening sequence. 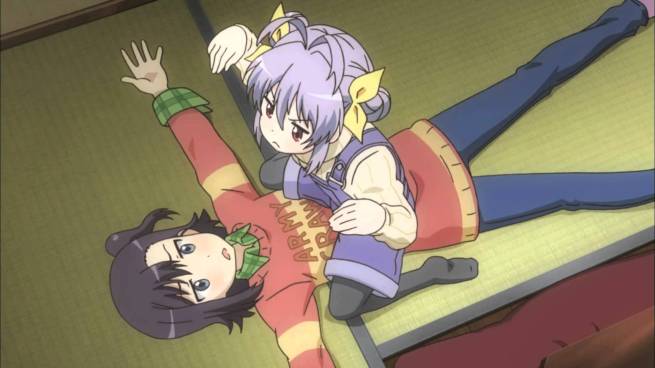 And why does Renge feature as my introductory image?  You’ll have to hit the jump to find out!

When the first season of Attack on Titan aired, there were a ton of crossovers and parodies using the opening theme…  There was even one for King of the Hill!  For some reason though, I find the ones crossed with Madoka Magica to be the most interesting.  Maybe it’s same theme of fighting against fate and impossible odds?

Darnit.  One of my favorites (Yamato 2199 become Kancolle) seems to have vanished from Youtube…

One Punch Man becomes Yuuki Yuuna Is a Hero:

Another pairing that was quite the fad a few years ago…  They fit very nicely together in my opinion.

In a comment to the Your Lie in April AMV post, reader WingKing reminded me of these and that inspired this post.  Even though I should be working on other posts, like my weekly review for tomorrow…  Once inspired I just had to to get it written and posted because my brain often works that way.

I didn’t even know this one existed until I was searching for the OPM/YuYuYu crossovers…  I think it’s actually pretty well done.

Saving the best for last…  a laugh out loud funny crossover that casts Renge as Saitama.  I’ve watched it through (and laughed) at least three times while writing the rest of this post!  :)

Anyhow, I hope you enjoyed these.  Drop me a comment and tell me what you think!