I almost made a joke in the title about “The Final Week – Part 3 (and I mean it)”, but decided that might be confusing or potentially misconstrued.  (If you don’t, you’ll get it when you read my write-up on Titan.) 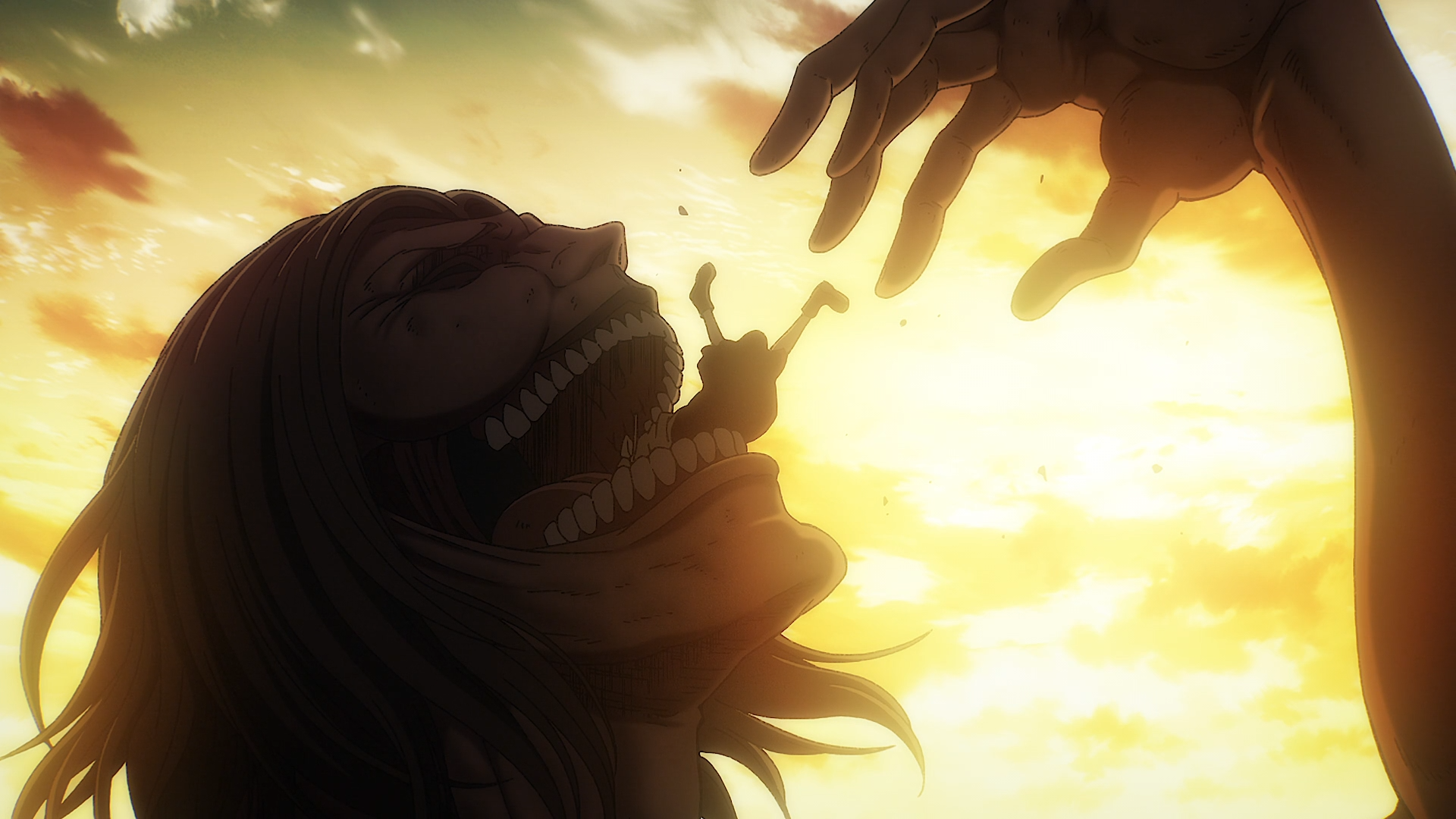 So, anyhow, with all the finales in the bag – it’s time to run ’em down!  Hit the jump and let’s get started!

The shows that I’m watching are in bold, shows my wife and I are watching together are in bold italics,  marks dropped shows and (*) marks shows that are watched but not regularly reviewed.

They tried to wrap up the threadbare plot and tie it in a bow…  And, it simply didn’t work.  Part of the problem was episode 11, the volleyball practice, had already pretty much done just that.  The other part was the flashbacks to stuff we hadn’t seen – the volleyball game, the swim meet, the cheer squad in action.

Akebi was at it’s best when it slowed down some and let the story breathe a bit…  Trying to fit in all those flashbacks, and maintain coherence in the dancing scenes (at which they failed) simply didn’t allow for that.  They tried to put ten pounds in a five pound sack and that never works.

So, the episode starts with what looks to be a dream sequence…  But after a bit of confusion, it becomes clear that it’s a flashback.  The first time the Scouts visit the mainland.  After some more wandering diversions, we finally reach the point of the whole affair – Mikasa asking herself if she could have averted the Rumbling.

I’d have to firmly say no.  Eren’s rage has been building for decades, and he is… not a sophisticated young man.  In his fear and frustration, the only path forward that he can see is the vengeance and punishment he swore to inflict as a child.

I think this is also Mikasa trying to reach a satisfactory answer to Annie’s question – can Mikasa kill Eren if that’s what it takes to save the world?  But I think the scene with the Subjects of Ymir Protection Group raises a different, related, question…  Can the world be saved?  The hatred, the fear, it’s still there.

As Armin pointed out a few episodes back – so long as there are Eldians, there are Titans.  The root cause of that hatred and fear isn’t going away.

(And WTF is up with Historia?  That’s a Chekov’s gun I’ve been eyeing all season.)

=========
Also naval gunfire nerdery moment:  When they showed the ships firing, it was low angle, flat trajectory, short range shots.  When they showed the shells landing, it was high angle, plunging trajectory, long range shots.  GRRRR…  it doesn’t work like that.  Though, for any hope of accuracy against the Titans, high angle fire is desirable – low angle fire can skip like a stone and thus miss past the line of Titans.
=========

And it was no mistake that the cliffhanger of Eren and the Wall Titans storming ashore included this flashback – Eren’s mother being eaten all the way back in S1E1.  That just drives home the point of how Eren got this point.

And, cliffhanger it is – because now we wait for the Final Season Part 3.  Presumably the actual for-real finale this time.  Jorge, is there enough material for a full season?  Or is an OVA series/season more likely?

I’d have loved to have been a fly on the wall for the discussion of where to end the season…  Last episode, with it’s note of hope?  Or this episode with it’s Infinity War vibe?

Being new to the franchise, I didn’t know quite what to expect here…  But this kind of long running franchise doesn’t get there and stay there with major shifts does it?

So I can’t say I’m surprised at how things turned out.  And Lupin absolutely made the right choice with the box.  He’s living his own life, his own way, and the past is the past and best left there.

Coming into this episode, I had no clue what to expect.  What do you when you’ve already closed out your last story arc and still have an episode to go?

You give the audience what they didn’t know they needed.  Gojo and Marin just derping around, enjoying the summer and each other’s company.

Including one of the best “summer festival fireworks” scenes in the history of ever…  Even if it was marred by Marin going off-model.

The final scenes, of them just aimlessly chatting as they drifted off to sleep, a thing of sheer beauty.

Second season when?  I mean it.  I really would enjoy a second season.  But, AIUI, there’s not enough material so we’ll be waiting a while if it ever does happen.

The best slice of life shows just amble through their final episode(s) and kind of just…  end.  And that’s what I expected Slow Loop to do – especially when the first two segments were more fishing instruction and another fishing expedition.

But somewhere along the line I’d forgotten that Loop wasn’t actually a slice-of-life show.  Though emphasis on it has come and gone across the season, there was an actual underlying family plot.

And that was brought home in the final segment… Hiyori and Koharu putting together a photo album of their memories – together. *chef’s kiss*

And…  that wraps it up.  Another season in the bag!

A mixed bag overall…  Titan had it’s problems as did Slow Loop.  After a long mostly clean run, Akebi stumbled in the home stretch.  Lupin crossed the line with panache and a smug sneer on it’s face.  (And doesn’t care what you think anyhow.)  Unsurprisingly, Dress Up Darling turned in a capstone performance.   I don’t know if I’ll get to an actual season review, but I stand by what I said about week three or so…  “AOTS that isn’t Titan“.

Though honestly, I’m not actually certain how high Titan stands on the podium considering the mess the last few episodes were.  Nostalgia only wins you so many points.  Or, as we said when I was in the Navy – “one aw shit wipes out a hundred attaboy’s”.  I can see what they were trying to do, but that doesn’t mean I have to like it.

And no shows this season that I’d want to go back in time and tell my Past Self to give a pass.  At most, a note to temper my expectations for Slow Loop.

So, next season.  Already have a couple of premiers under my belt…  but the heart of the premiers is coming up this weekend.  So, first post for Spring sometime next week and it’ll be a blend of first impressions and episode 1-2 reviews.

So, as usual, over to you!  What are your thoughts on this season’s finales and overall?  Drop a comment and let’s chat!