Wow!  I don’t think I’ve ever seen or heard of a single anime having so many new projects announced in such a short span of time… (basically a single day).  Not one, but three movies – plus a new light novel! 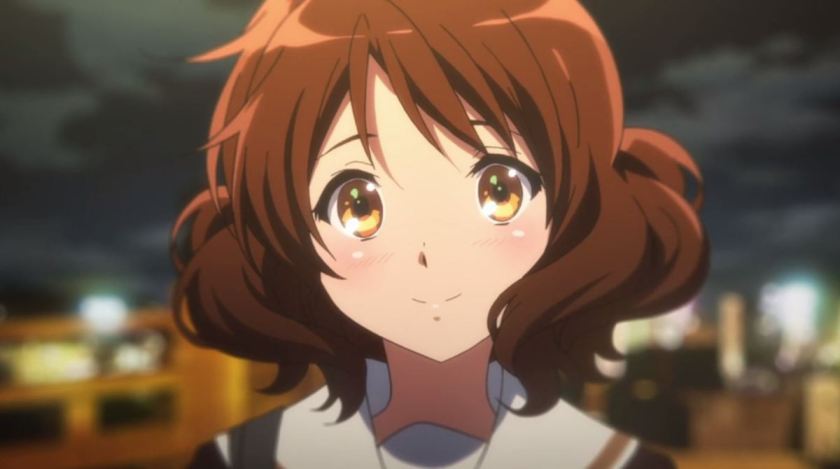 No, this wasn’t just an excuse to post a picture of Best Girl Kumiko…  :)  Hit the jump for more!

The first announcement was for three films.  A compilation movie of Sound Euphonium 2, a new story featuring Nozomi and Mizore, plus a movie ‘about Kumiko as a 2nd year’.

The second announcement was for a new light novel covering Kumiko as a 2nd year.

That’s a lot of new material for a single franchise in a single year.   But if the Nozomi-Mizore story covers the schism…  It would be interesting to finally get a first hand look at it given how deeply it affects the characters and at least partially drives the story of Euph and Euph 2.  (Though I understand the LN’s/manga go into a bit more detail than the anime…)

It’s the ‘Kumiko as a 2nd year’ that concerns me most though…  Euph 2 suffered badly from ‘sequel-itis’ as the original story was written as a standalone without much thought that there would be more.  What more story is there to tell?  Even though they only earned Bronze, they have made the Nationals after all.

Still, this is really just a tempest-in-a-teapot…  The movies most likely won’t be streamed or aired outside of Japan.  They LN’s are just starting to be released in the US and depending on the publishing pace and sales, we won’t see this LN (if we ever do) for a couple of years.

Speaking of the LN’s, I’m eagerly awaiting the release of the first LN in America in just two weeks!