Naval action at it’s finest!  Even though 2199 is a science fiction show set in space…

Hit the break, and let’s dive in!  (Pun intentional.)

Ever since submarines (with their innate ability to hide) leapt into public consciousness in WWII, SF has toyed with the idea of spaceships that can hide.  Almost universally, that’s taken the form of some kind of stealth or invisibility.  (Though stealth in space is probably impossible.)  The most well known example is probably the Romulan Cloaking Device introduced in the classic Star Trek episode – Balance of Terror.

In the final battle sequence of Star Trek II: The Wrath of Khan, they revisit the same general idea – except instead of stealth, both ship’s sensor systems are disabled by the environment of Mutara Nebula.  Enterprise‘s final attack on Reliant has often been compared to submarine surfacing, though it isn’t really.

2199 with it’s love of maritime/naval metaphors takes this to its ultimate form – by introducing an actual space submarine…  Rather than hiding beneath the waves, Dimensional Submarine UX-01 hides in another dimension.  Like a WWII submarine it’s only detectable when it pokes something “above the waves” (into our dimension), or by using some form of sonar. 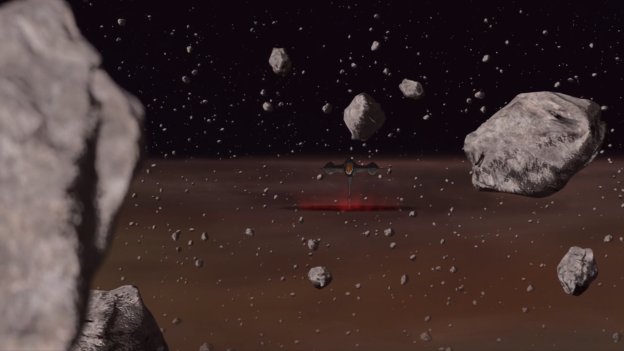 One thing they captured really well is how anti-submarine warfare is a game of patience…  Aerial dogfights and naval surface warfare can be over in a few minutes of fury.  Submarine warfare plays out on the scale of hours and requires near infinite patience.

However, Yamato‘s crew are inpatient – and make a classic error.  They use their “dimensional sonar” in an attempt to locate the UX-01, which fails – and gives Yamato‘s position away to the hunter.

Lt. Niimi is normally portrayed as a calm, cool intellectual – but the moment of panic and fear when she realizes her plan has failed and put Yamato in danger is telling. 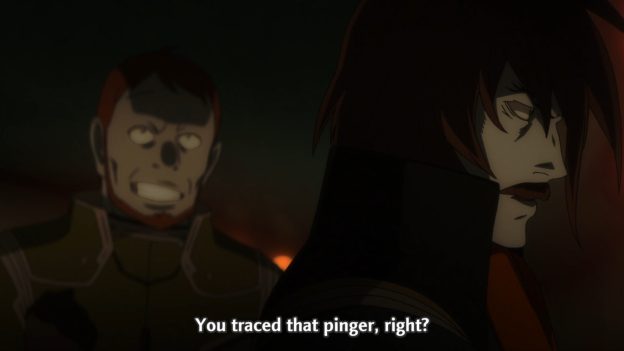 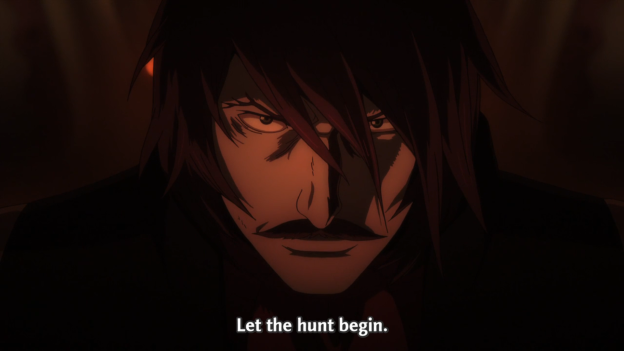 In the end, Yamato‘s bacon is save because Kodai chose to disobey orders, taking the Seagull out to deploy “hyperspace buoys” allowing them to detect the incoming torpedoes, and then target and destroy them…  They then destroy the UX-01’s “dimensional periscope”.  With UX-01 temporarily blinded, the Yamato seizes the moment and flees the battlefield.

Side note:  As many of you know, I’m a former submariner…  And I loved how they captured the personality of UX-01‘s crew.  It was pretty much how we pictured ourselves – patient, determined and professional hunters- but with a streak of piratical daring.

The other big story in the episode…  Capt Okita collapses on the bridge, and must undergo immediate surgery.  His health is fragile, and I think he’s only held together by the sheer force of will and duty. 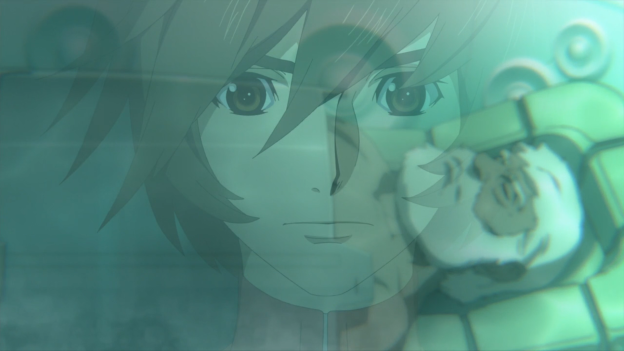 This gives us two nice character insights…  Lt. Sanada (the XO) is every bit as cool, collected, and decisive as Lt. Niimi thinks she is.  He takes command when the Captain Okita collapses and ably leads the Yamato in her fight for survival.  The second is Kodai – deeply bothered by Okita’s illness as he’s come to see him (I think) as something of a father figure.