Just for fun, each season I’m going to look back four years to see what I was watching back then and talk about what I thought of it then and now.  Since it’s Spring 2018, that means it’s time to look at Spring 2014 and cringe (or not) at what I watching back in my larval days. 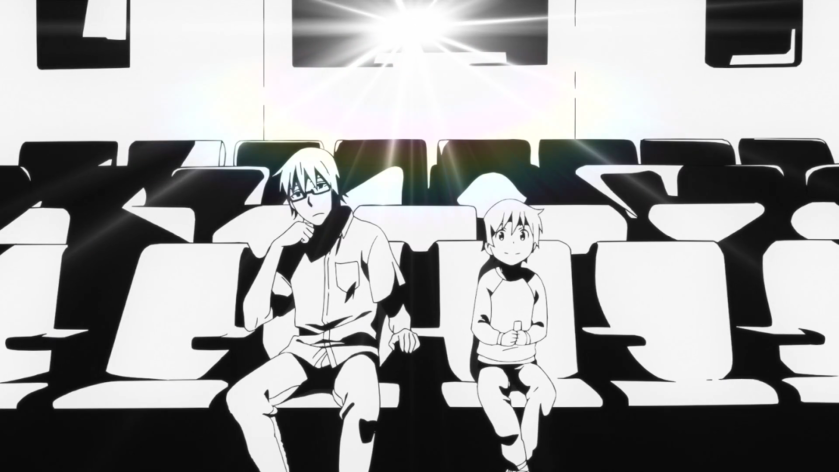 Hit the jump and let’s travel back in time to Spring 2014!

I did some research, but this is written mostly from memory…  It wasn’t until Winter 2015 that I started regularly writing on a weekly basis, so I have no material to review.  My main interaction with the rest of fandom was the Crunchyroll forums.

I still don’t remember how I was finding new shows each season…  Hit or miss mostly from the descriptions on Crunchy’s and Funi’s Roku apps I think. 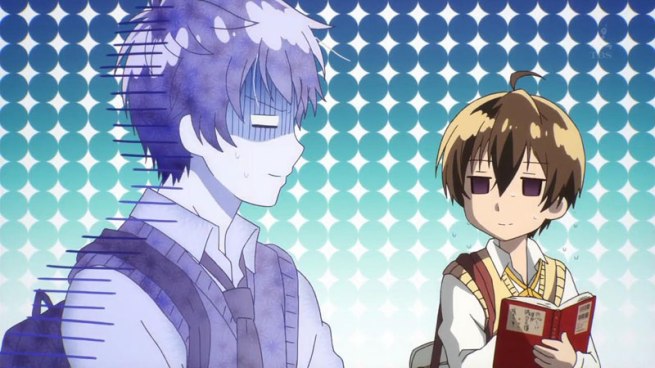 Of all the anime I’m looking back at, I found it that hardest to remember much of anything about Kawai Complex…  I suspect that’s because in the intervening years I’ve seen a ton of “a fish ends up out of water, meets wacky characters, hijinks ensue” anime.  If that’s not a genre unto itself, maybe it should be!

After doing some research and thinking , I find there isn’t all that much to be said beyond that.  Fun to watch in the moment, not very memorable.  Not that there’s anything wrong with that, not every anime is one for the ages.  (Which is an impossibly high bar anyhow.)

I’ve never rewatched any of it…  I did read some of the manga a few years back, but got bored and dropped it a volume or two past the material covered in the anime. 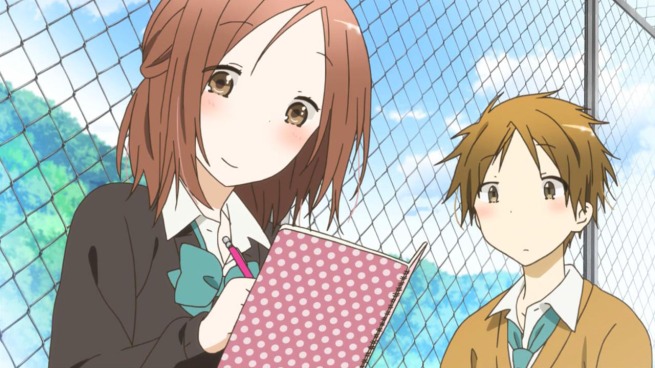 Setting aside the “amnesia doesn’t work like that” reaction, I truly enjoyed Isshuukan Friends…  It’s charming as heck to watch Hase work so hard to win Kaori over.  Equally I like how they portrayed her mix of shyness/unwillingness to be a burden and her happiness at no longer being alone.  I don’t know if they’d ever actually end up together, but they’ll certainly share something special for the rest of their lives.

I particularly remember how heartbreaking the episode was where she lost the notebook that she relies on for continuity of her memories.

I tried to re-watch this a few months back, but couldn’t get past the fourth or fifth episode.  I don’t recall if it was the show itself, or me getting distracted by something shiny and wandering off in another direction.

I do know that if you haven’t seen it, you probably should check out the first few episodes.

My second favorite μ’s song comes from this season…

Since I didn’t start watching seasonal anime until Winter 2014, how am I watching a sequel to a Winter 2013 show?  Thereby hangs a tale…  As Spring 2014 wore on, I kept seeing more and more buzz about Love Live and eventually I decided to check it out.  I marathoned the first season over a few days and loved it.  So, I dove in and marathoned the second season, catching up to real time about episode 9 or 10 or so.

After watching Wake Up, Girls the previous season, Love Live cemented my love for idol shows.  Ever since, I at least check out every new one that pops up.

I still occasionally re-watch an episode.  Episodes 1/6, 2/4, and the “trying new looks” scenes of 2/6 are particular favorites.

The Irregular at Magic High School
/ Mahouka Koukou no Rettousei 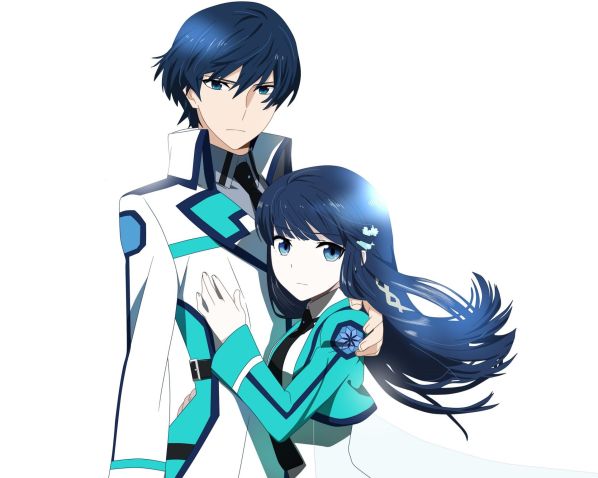 Yes, twincest and all, we watched the (in)famous Mahouka.  I’d like to think that today’s me would drop it…  But I’m not always so sure.  It wasn’t all bad.

The first part tried to say something about class and snobbery, but lacked the guts to go all in… and eventually that thread just petered out.  I think the part I liked best was the competition arcs.  The events they came up with were pretty creative and really did showcase the mastery of various forms of magic and their potential application in combat.  Fitting, as in the world of the story mages and magic have been weaponized.

All I remember is that it was a reverse harem (our first such) and it sucked.

So, click on that season chart, then drop a comment and share what shows you watched during the Winter 2014 season – what do you remember?  How have they held up?