When I was kid…  Always looked forward to summer, long lazy days…  the beach…  and when I got older, yard chores.  Oh, wait, I didn’t look forward to that part.  Despite all the crazy in the world, and the changes to the upcoming season, still looking forward, so let’s take a peak into the crystal ball!

As is my usual habit here at the Lounge, these aren’t necessarily in any particular order.  It’s pretty easy to sort by broad bands, but kinda pointless to sort in details.

We’ll get the easy one out of the way first…  Given the mess that Sword Art Online: Alicization has been, I’m not exactly looking forward to it.  What I am looking forward to is the return of Asuna.  That’s it.  (Who is surprised?  I make no bones about my love for her as a character.)

Oregairu shouldn’t need any introduction, should it?  If you’ve seen the first two seasons, if you’re a fan of character dramas like I am…  You know why this is right at the top of my chart.  If you haven’t seen it by some mischance, you have a week and a half or so to remedy that lack.  Better get busy!

Streaming on VRV and HIDIVE.  (Which keeps getting just enough shows that I don’t unsubscribe.  Also, I don’t want to lose that sweet (cheap) early adopter pricing.)  This isn’t a service that gets a lot of buzz though… 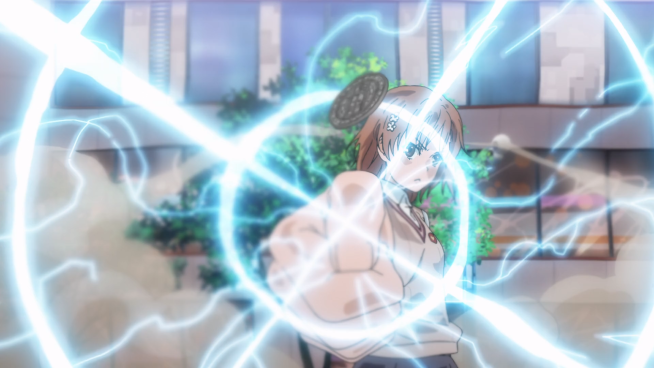 Not technically a new series…  But a return of a series delayed by the impact of the COVID-19 virus.  Still, it’s a full cour and I am definitely looking forward to it!

And here’s where we start getting into the speculative stuff…  With the ongoing effects of the pandemic, it’s likely going to be a thin season.  I probably still won’t get to my backlog though.  What’s the point of having a backlog if you actually watch it?

Based on a mixed media project that blends fantasy, magical girl, and idol elements, Lapis Re:LiGHTs will follow a group of students as they train to become idols. Together, they’ll use the magic of music and the magic of… well, literal magic… in their performances.

Magical girls and idols…  Practically catnip for Derek.  (And for at least a couple of my regular followers here and on Facebook.  You are following me on Facebook, right?)  Truthfully, more for the idols than the magical girls.

Only one concern, the promotional art hints at a huge cast.  And for me, such shows live or die by how well they handle their cast.  Can they bring them all at least partially to life?  Or will they simply be interchangeable blobs that I can’t keep track of?

No announced streaming sources, and honestly I half expect it to not get picked up at all.

In the town of Lindworm where monsters and humans coexist, Dr. Glenn runs an exemplary medical clinic for monster girls with his lamia assistant, Sapphee. Whether receiving a marriage proposal by a centaur injured in battle, palpating the injury of a mermaid, or suturing the delicate wounds of a flesh golem, Dr. Glenn performs his job with grace and confidence. But when an unsavory character seeks to steal a harpy egg, how will the unflappable Dr. Glenn respond…?

Monster girls are one of my occasional interests…  I’m not expecting Demi-chan by any stretch, but I did enjoy Monster Musume.  So, I’ll check it out just in case.

Listed as streaming on VRV “via Crunchyroll”, but not listed on Crunchyroll.  OTOH, Crunchy is (in)famous for it’s delayed announcements.  Just have to wait and see.

In Japan, the lonely have a new way out — online services that rent out dads, children, even girlfriends. When Kazuya’s true love dumps him, he’s just desperate enough to try it, and he’s shocked at how cute and sweet his rental girlfriend turns out to be. But she wants to keep their “relationship” a secret, and there’s a complication, she goes to his university, their grandmothers are in the same home, and they live next door to each other. Then Kazuya finds out she’s not nearly as nice in “real life.”

Romantic comedy…  I enjoy the genre, so long as it isn’t overdone.  (Basically that means so long as isn’t too in-your-face.)  Plus the character designs are cute,

Streaming on Crunchyroll, and VRV.

Sakurai Shinichi’s one wish is for a little peace and quiet. But Uzaki Hana–his boisterous, well-endowed underclassman–has other plans. All she wants is to hang out and poke fun at him. With the help of her chipper charm and peppy persistence, this might just be the start of a beautiful relationship!

With this ecchi (fanservice?) romance (comedy?), we’re really scraping the bottom of anything even remotely related to my core interests…

That’s not to say there isn’t other stuff I’ll check out just in case, and I always keep my eye on the buzz and first impressions.  Just nothing that really leaps out at me.  I do plan on checking out Healin’ Good Pretty Cure when episodes 1-13 are available.

And must not forget to mention that Fruits Basket 2nd Season is continuing and we’re still watching it.

So, that’s it for me – and I turn the mike over to you.  Drop a comment and let’s chat on your hopes and choices for the upcoming season!