Will I find love?  A question often asked of fortune tellers .  A question also asked by anime fans as the old season draws to a close and a new one appears on the horizon.

The chance of finding something wonderful keeps people looking…  At least an AOTS, maybe even an AOTY.  (Though the competition is strong for the latter this year.)  Hope springs eternal and all that. 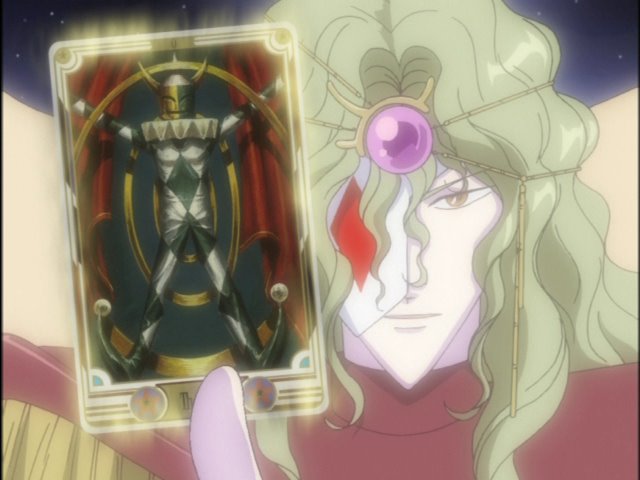 So, let’s hit the jump and see what series makes my heart beat faster in anticipation this season!

I normally try not too excited about seasonal shows until I see if they’re going to get a legal stream in the US. It’s not that I object to seeing them via ‘alternate’ means, but many of those can’t be played on my TV (which makes it difficult for both of us to watch) and it’s a massive PITA when they’re not neatly lined up in my queue. (Life is busy enough without adding another task to my weekly to-do list.) But that doesn’t mean I don’t look forward to some shows and hope they get a legal stream…

I’m not going to “save the best for last” or do any kind of countdown…  I’m just going to jump right to it:  This is flat-out my most anticipated show this season.  The race is so lopsided the other shows might as well stay home.

I’ve been a huge fan of the series since about the middle of the premiere (Yuuki’s first transformation sequence), and a series review spurred by the announcement of a sequel was one of the first real posts on this blog.  I’m intrigued by the structure too…  six episodes of prequel (essentially Togo’s back story) followed by six episodes of sequel about the new Hero System.  I just can’t wait.

Speaking of sequels, this season is full to the brim with them.  It seems half my anticipation list is a sequel…  (I’m guessing as I type this as the entry above on YuuYuuYuu is all I’ve actually written.)

But first, a non-sequel… and a show that wasn’t even really on my radar until a couple of days ago.  Since it looked supernatural, I pointed my wife at the OVA a couple of months back and mostly forgot about it.  But I couldn’t avoid the buzz, and my wife started reading the manga and told me it was good…  so when the third ep of the OVA dropped over the weekend I decided to check it out.

As I’ve said before, found family almost always gets a look in from me.  The hints dropped about the relationship between Chise and Elias piqued my interest.  So Magus Bride goes onto the list.

As I wrote in my series review for the first season, I have a complicated relationship with Lion.  I enjoyed the h*ll out of the series even though individual episodes often left me a little baffled.  (I’m not going to lie, sometimes I don’t completely grasp episodes of some shows until I read episode reviews or forum threads.)  When we last saw Kiriyama, it was part of a brutal flashback episode that illustrated just how far he’d come across the span of the first season.  Now I presume we’ll see how things progress now that he’s opening up and becoming part of the world.

Well, so long as we’re dealing with sequels, let’s dive into this season’s bumper crop of idol anime sequels. I’m looking forward to all of them, but there’s also reason to be apprehensive about each of them.

I’m a huge fan of the original Wake Up Girls…  and not just because of the nostalgia factor of being one of the first streaming anime I watched and my inexperience at the time.  I honestly think the story, a gritty look at the darker side of becoming an idol, still holds up.  The real question is, can they recapture the magic nearly four years on?  Especially since essentially the entire production staff has been replaced.  And what’s up with the ‘new’ idol group being introduced in this series?

The latest entry in the venerable IM@S franchise…  Only this time male idols.  I have a weak spot for idol anime, and I loved the original.  The problem is, they seem to have lost their touch between the original and Cinderella Girls.  The original was practically a textbook example on how to handle large ensemble casts.  Cinderella Girls, with its even larger cast, was an example of the opposite extreme.  With an announced cast of nineteen(!), SideM appears poised to travel down that same self-destructive path.  It also doesn’t help that I’ve bounced hard off of every other male idol series I’ve tried to watch.

I kind of feel duty bound to watch LLS because it’s going to be the Big Show this season…  But I’m only looking forward to it half-heartedly to be honest.

When the first season let the characters cut loose and interact naturally, it produced some darn fine episodes.   But it rarely did so.  Instead, they spent a great deal of time reminding the viewer of the power and majesty that was μ’s and that Sunshine was its Chosen Heir.  In the same vein, and unlike the original, almost all the music performances felt like music videos – air dropped into the series to sell singles.  They didn’t feel like natural performances in-world.

My greatest hope, now that all the characters are in place and their roles established…  is that they can concentrate on the characters and their interaction, which is the one thing that made the original series as good as it was and brought light to the first season.

Wow! Five sequels, I don’t think I’ve ever seen as many in a single season before. (With the caveat that this season represents the final season of the four years I’ve been watching streaming anime so far) It’s going to be hard to remember to let them stand on their own merits and not hold them too strongly to the standard of golden memory.

All that being said, let’s quickly run down the balance… None of them are shows I can say in all honesty that I’m looking forward to, though all are shows I’m interested in checking out.  At least to me there’s a distinct difference though it’s hard to articulate.

Anime, otaku culture, school club, might as well check it out.  I think it’s going to be a comedy or at least comedic.

Taking place in a maid cafe with “stereotypical” characters, I suspect this one is a comedy too…  But it goes on the list because looks it’s the closest thing to a CGDCT this season, and there’s been a drought of those recently.

This one gives a strong “found family” vibe even though I’m not normally a fan of the post apocalypse genre.  I guess I read too many of them back in the 70’s and 80’s and got burned out.  So few of them rise above the confines of the genre and reach the heights of Alas Babylon or The Postman.

I honestly can’t tell you why this one keeps tempting me…  So I’m going to watch it and see what happens.  I’ve found some wonderful shows (Tsuki ga Kirei) on that basis.  I’ve also dropped some incredibly bad garbage…

I could go on in this vein for a bit, but you’d just get tired of reading it… So I’ve hit the high spots and I’m going to call it good right here.

Though I only list eleven, looking at the season charts there are about twenty shows I have at least some interest in checking out.  (Presuming they get a legal real-time stream on a service I subscribe to – basically Crunchy, Strike, Netflix (which doesn’t do real time streams), and Hulu.)  All those, plus Agents of S.H.I.E.L.D, Inhumans, and the second cour of Ultraman Geed…  It could be a heavy schedule.  Balancing all that, there’s no big time-consuming events on the calendar either.  I hope to start and write-up a campaign game of KSP soon, but that can be done whenever and fitted in among other things.

But if history is any guide I’ll end up dumping quite a few of those “meh, just interested” shows after the first ep if not under the three week rule.  On the other hand, it seems that most seasons commenters here browbeat me into watching at least one show that I had no intention of watching.  Which sounds kind of backwards from what I mean – those commenters lead me to Re:Creators and Abyss, both excellent shows.

So, there you have it – my hopes and dreams for next season.   Drop a comment and let me know what you are looking forward to!