Once again working on a weekly post to the dulcet tones of the landscaping crew’s leaf blowers.  Ah, well, at least it’s nice enough to have the windows open.  Even as the Summer anime season draws to a close, so does summer itself.  Likely by the time the Fall season gets underway the Pacific Northwet’s long and cold rainy season will have set in.

Anyhow, pretty much all shows have now aired their tenth and eleventh episodes, so the final cards are hitting the table. So, along with episode reviews and comments I’m going to peer into a murky crystal ball and look at how they’re likely to end.

Let’s hit the jump and get the party started! 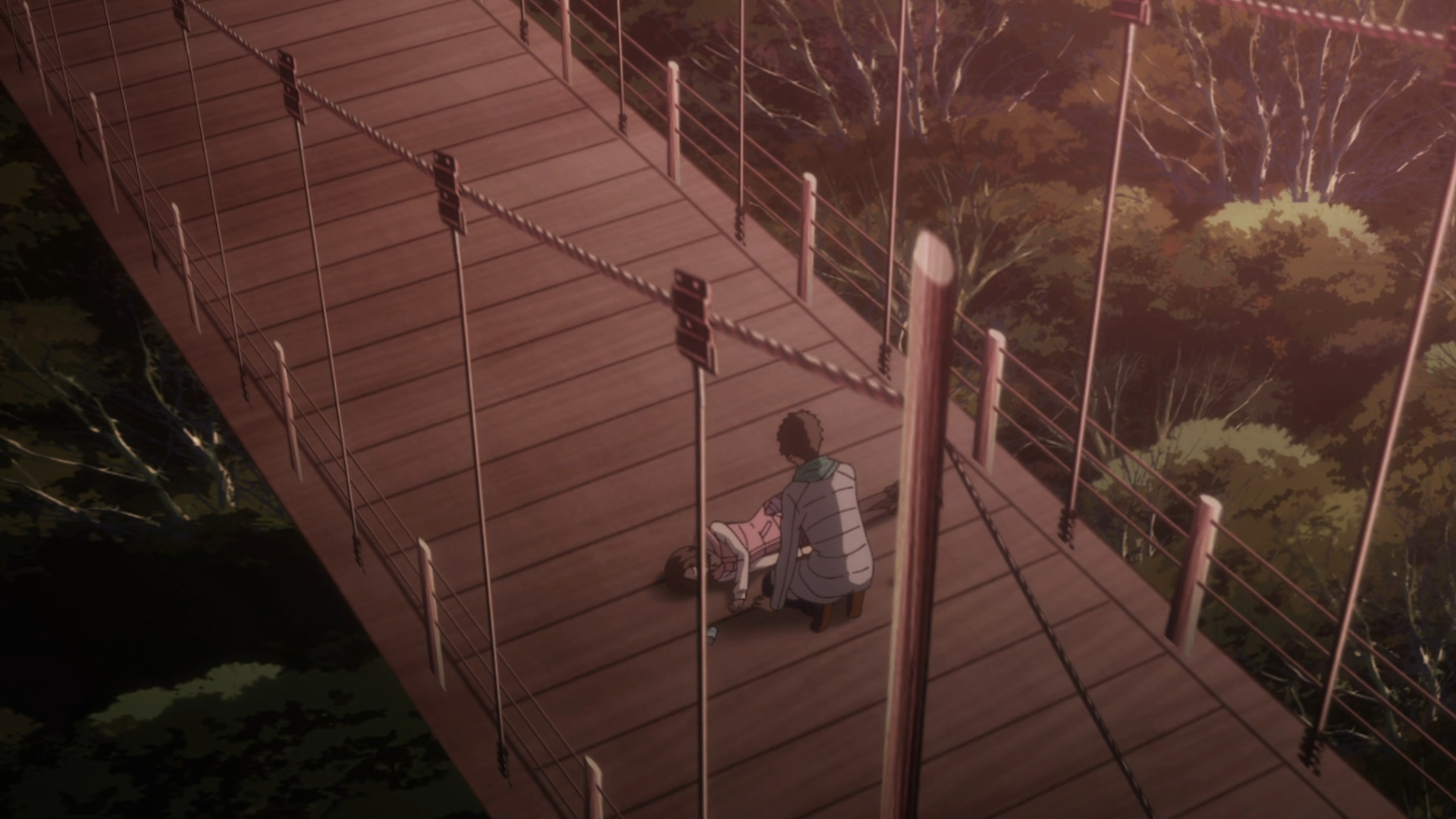 Miharu is in fact very ill…  And just as Haruki is about to confess to her, she collapses.  The setting is significant, by legend (as we were told a few episodes back) if a couple confesses on that bridge at sunset – they will be together forever.

There’s really no much more to be said about this ep, twenty minutes of Haruki moping because he can’t get into contact with Miharu (interspersed with Towa and Mami being cute) followed by the payoff.  Which is kinda typical, as Konbini has been a fairly generic romance show all season.  Not bad, just generic.   This is part of a larger media franchise (hence all the characters in the OP), so my guess is that she makes a miraculous recovery in time for the final credits to roll on Ep 12.

D*mmit.  After 11 episodes, we’re more or less back where we were in episode 2 or 3 or thereabout.  Yukari (for the umpteenth time) declares his love to Misaki, and Ririna (for the umpteenth time) tells him to ditch her and get with Misaki.  I know this is an ongoing manga, but that doesn’t preclude some forward movement rather than going in circles.

As I said on Twitter, I’ve been trying to write about this ep all week…  and I just can’t even begin to address it.

That hurt to watch.  And not in good way…  But I don’t feel it was gratuitous either.  They’ve been warning us for weeks that the Abyss is a brutal place.  For weeks Riko and Reg have been flirting on the edge of violence and disaster – and this week they fell off the precipice.  And we fell right alongside them, in a way almost no media ever manages to drag the audience along.

I’m going to drop back to the meta viewpoint here because I can’t even think about the episode for very long…   That stream-of-consciousness bit will have to stand unedited as my core comments on the events of the episode.  Because frankly, it was that brutal.  But the animation and especially the voice acting were top-notch.   Without either, we wouldn’t feel Riko’s pain or Reg’s desperation.  This episode was a true tour de force, and I think probably the single best episode of anime I’ve ever watched.  (3,283 episodes as of this writing according to Anime Planet.)

A short entry… far less than it deserves.  I’m not the best writer in the world, but I get by.  And I just can’t find the words.

I didn’t realize until this morning, but the second season is following the same path as the first – ending with a practical.  Other than something happening to All Might (as Gran Torino foreshadowed a few eps back), I can’t see where they’re going with this though.  Another villian attack would just be lame.

Still, it was nice to see the camera swing away from Deku and Bakugo for a while.  While this is Deku’s story, there are plenty of other interesting stories to tell in this universe and the Internship Arc just whetted my taste for more.  It was very interesting to see ad hoc teams try to work together to pass the test.  Overall I wasn’t fond of the Momo/Todoroki segment, but Aizawa-sensei‘s internal monologues brought it way up in my estimation.

Those monologues and the staff meeting segment in last week’s episode also bring out something I haven’t seen talked about much.  The UA staff take their responsibilities very seriously, and carry them out professionally.

We did a lot of practical work and tests in the various schools I was sent to in the Navy.  Paper tests have always stressed me out…  But let me get my hands on hardware, and I was in my happy place.  I’ve always loved doing things that provide a tangible final result.

For the past few episodes, PriPri has been a little off kilter, pushing action aside in favor of character development.  PriPri is driven by its characters as much as by the mission and politics, so this wasn’t entirely a bad thing… But previously, they did a much better job with “show rather than tell”.  This week however they returned to what made the early eps so good, action that highlights the characters and their interactions.

One thing that caught my eye was Ange unexpectedly displaying a more human side when she took the initiative and tried to spare Dorothy.  Other than around the Princess she’s always been more of the cold-and-calculating type.

And speaking of the Princess… 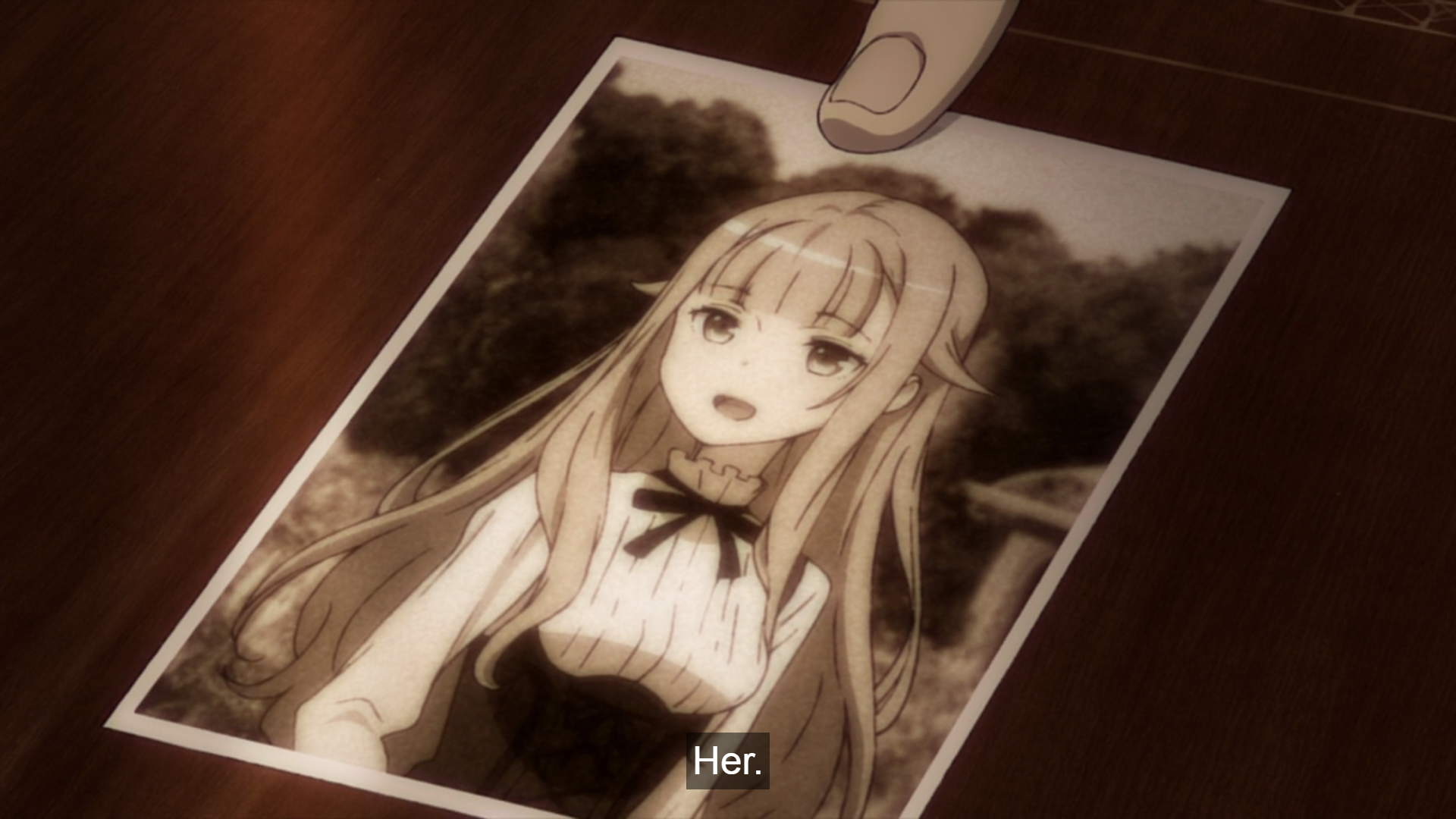 I don’t know why the military wants to assassinate someone so low on the totem pole, but the Princess has been a target since very early on by the civilian leadership too (Operation:Changeling).  Which made much more sense as it’s going to be easier to replace someone lower on the totem pole, especially since they had her doppelgänger (Ange) on hand.

Either way, they’ve put their cards on the table and now we know where the season ender is going.  Ange, the Princess, and the rest of the team have some hard choices ahead of them.  The scene at the end of the OP may yet turn out to have been prophetic.

Wow…  Did they stick the landing but good.

The most beautiful part is that they didn’t take the cheap route and have Setsuna try to talk Altair out of destroying the world.  Instead, Setsuna simply and gently leads Altair through her vision of Altair’s creation and meaning.   Creations exist because of the emotion and acceptance of the audience.   Altair exists because so many Creators have given so much for their, her, audience – and destroying the world would repudiate all of that.  Nobody likes seeing their worldview destroyed and Altair fights it, but she cannot ultimately refuse to accept Setsuna’s emotion.  When Setsuna tries to live out her destiny – Altair rebels and creates a new reality for the two of them.

And now we know the meaning of the lily, a symbol of resurrection and enlightenment, that appears at the end of the OP.

One curious part though…  right as Altair and Setsuna’s story wraps up – we briefly get this screen. 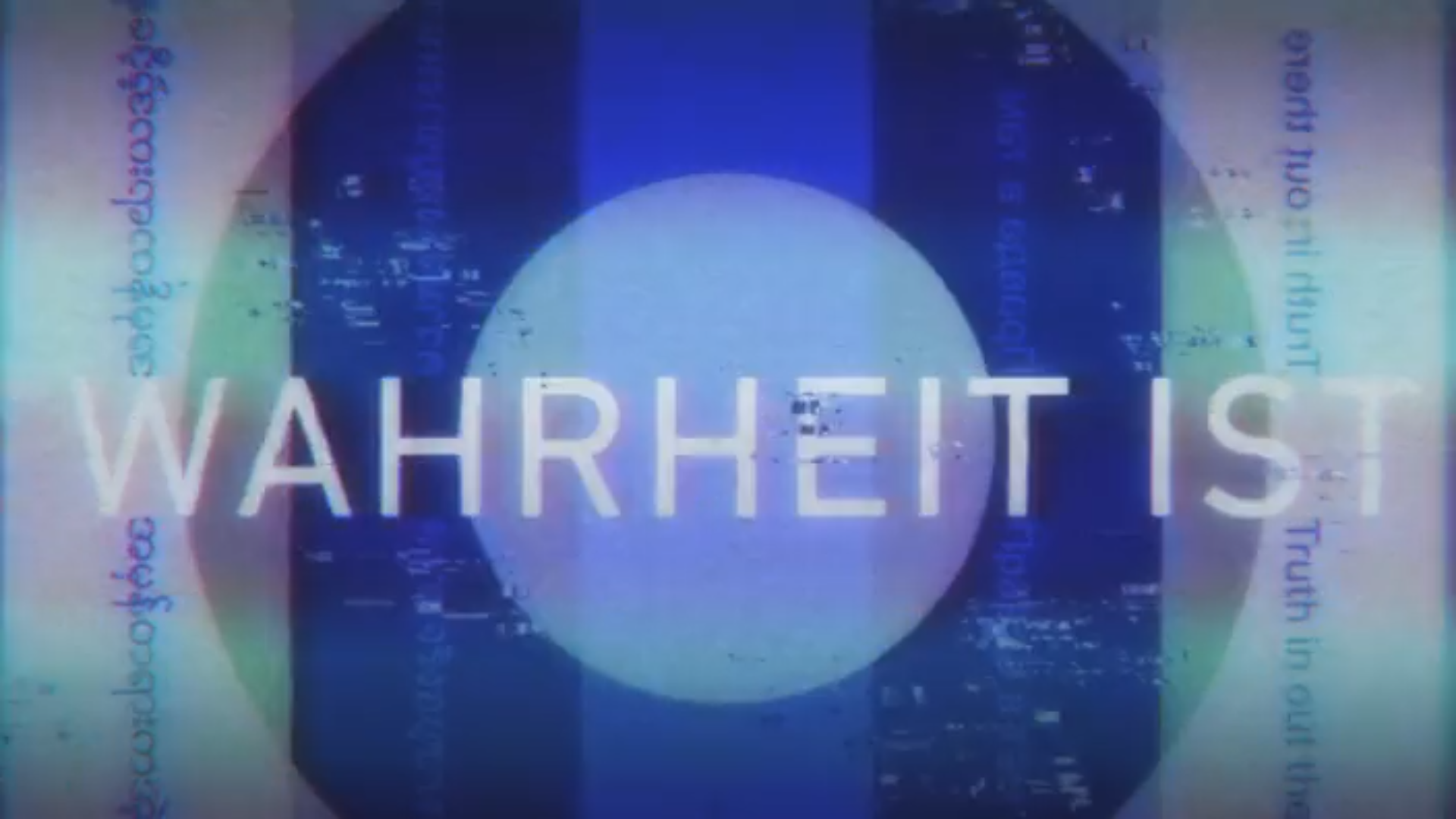 A screen/effect much like the one on Sota’s tablet back in Ep 1 when Selesia appeared…  Do they have one last mystery for us?

One ep to go…  What are they going to do to wrap up?  Can the remaining Creations live in our world?  Can they be sent “home” without “killing” them?  My thought is no, the living Creations have diverged too far from their fictional selves.  They’re going to have to find a way to live in ours.  And, as I said last week, there’s still the problem of Magane.

This was a very packed episode – but not in a good way.  Huge parts were callbacks and references to people and events from earlier in the series.  At least to me they mostly served to recall how unevenly they were handled and how many times mishandled.  The rest was packing in references to the upcoming Festival – which was occurring as the credits rolled!  That doesn’t leave them much that’s been foreshadowed to work with for next week’s finale.

All that’s left is the “being absorbed” plot that was air-dropped in last episode.  This week, they played their ever-present trump card – Sandals.  As it turns out (lucky for them!) his hometown’s mayor just happens to be in Japan, and if they can convince him to create a ‘sister city’ relationship then Manoyama could be saved!  (Meh.)  I don’t know about Japan, but at least here in America a ‘sister city’ relationship is pretty much meaningless.  We exchange students every year with ours (in Japan as it happens) and get a press release from the Mayor’s office about it, but that’s about all I ever recall.

Still, it was nice to see that they have learned some lessons and sent the TV producer packing.  Too many times over it’s run, the plot has required selective stupidity and re-learning the same lesson.  (Often squashing character development in the process.)

Prediction:  At this point, they’ve painted themselves into a corner – Sakura Quest is going out not with a bang, but with a whimper.  A bittersweet and pointless ending with no real consequences, perfectly consistent with the show to date.

Ok, once again cute beyond all words…  All I have to say is that if Chizuru and Takurou don’t end up together I’m going to throw things.   Yeah, ongoing series and all that, so I know it’s unlikely.

And there you have it folks.. Another week reviewed. Drop us a line down in the comments and tell us how your week went and what you think of this week’s episodes.