A small batch, but I want to get them out of they way so I can get back to work on the Fall season review.  Even if it’s late or it kills me, I will get that out.  Though basically taking Saturday to chill after getting two posts out on Fri didn’t help much… Anyhow, let’s hit the jump and take a look at Citrus, Katana Maidens, and Slow Start shall we?

Honestly, I am hugely ambivalent here.  I find Yuzuko somewhat charming, she puts up a tough gyaru front – but inside she’s pretty vulnerable.  (And aware that she’s faking it.)   After seeing what she’s being forced into and learning Mei’s backstory, I felt pity for her and the hope that a better family situation would be good for her.  She certainly needs a good dose of happiness and companionship.

Then…  that final scene.  That was rough.  I understand what she did and why she did it, but that doesn’t change the nature of the act.  And that leaves me conflicted.  Where are they going here?  I thought this was going tobe  romance, but what we got was Scum’s Wish.

I’m not comfortable, but it’s a keeper for now.

Another show I saw on Crunchy’s lineup page and went “sure, what the hll“.  After watching it, my reaction was “what the HLL?“. It started off simply enough, an organization of cute girls with swords giving a beatdown to some kind of huge monster.  Though some shows of this type have been better than others, nothing any of us haven’t seen before. <wham> Unheralded scene shift – now it’s cute schoolgirls, seemingly a training academy for the organization.  The focus is on our MC, her sidekick, and getting ready for a national competition.  After all that build up <wham> the competition is over in just a few minutes of screentime and <wham> the MC is on lam from the sword-wielding-girl Law.  (With a girl that doesn’t like her much to boot.) Which wouldn’t be so bad if we’d been given any kind of clue as to what was going on…

So, basically, first ep – already looking out over the precipice and primed for an early drop.

Slow Start got off to a…. slow start.  OK, everyone in the blogosphere made that joke, and I couldn’t resist it. 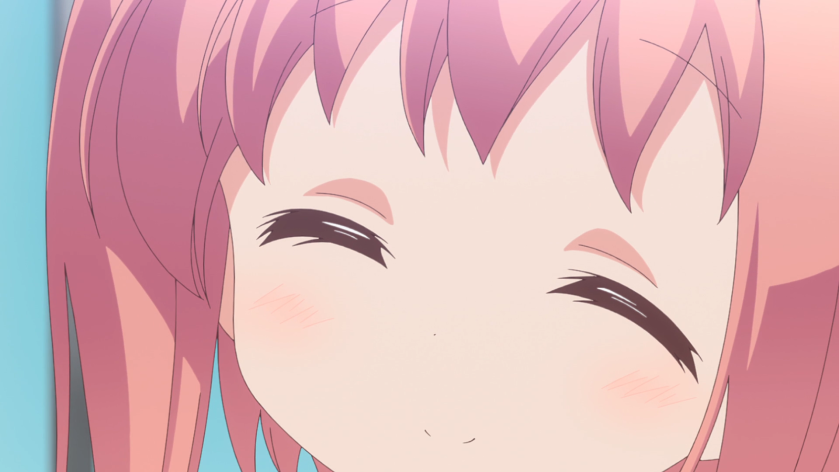 Seriously, this wasn’t so much CGDCT as cute girls hanging out and chatting.  Though, to be fair, it was well written, well animated, and well-directed hanging out.   And I enjoyed the heck out of it.  Somehow I was reminded of Three Leaves, Three Colors, which distilled CGDCT down it’s very essence.  No cafe to run, no theatre troupe to organize, just cute girls doing whatever in their daily lives.

I like it, and it looks like I’m keeping it.  (My lovely bride didn’t care for it, she’ll probably drop it soon.)

So what do you think?  What premiers have you seen so far?  Let us know down in the comments!