Four more premiers, three keepers and one drop, plus the second episodes of two of my favorites this season.  All this and more after the jump! 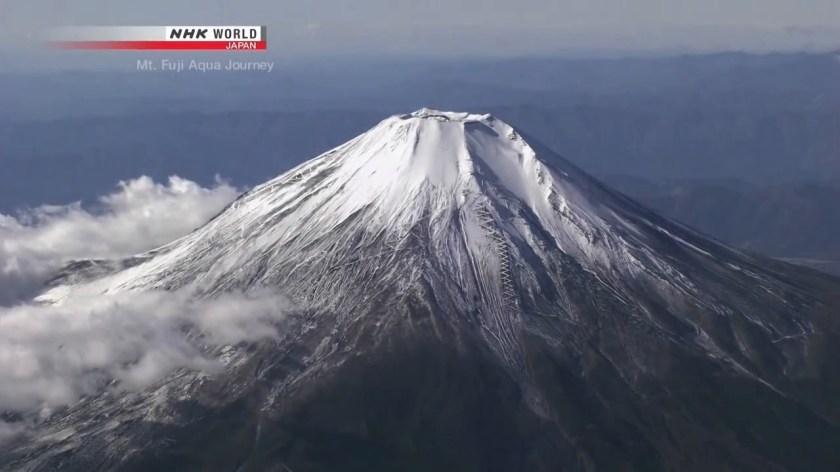 I…  Think this was supposed to be funny.  I guess it was, in spots.  But it was also just too weird for words in spots, and I found none of the characters likeable or interesting.

Dropped without a backwards glance.

It’s Red Blood Cell AE-3803’s first day at work…  And not only does she get repeatedly lost, but she’s also being pursued by Pneumococcus – an evil bacteria intent on eating her.  If not for White Blood Cell U-1446’s dogged pursuit of Pneumococcus, she’d have been doomed.  That’s pretty much the plot in a nutshell.

Not at all unusual for a main character, AE-3803 is also something of a ditz.  This means she has to have a ton of stuff explained to her, and thus to us in the audience.  The scriptwriters don’t seem to have heard about “show, don’t tell”.  On the other hand, the show airs at 8AM (Japan time) on a Saturday, which leads me to think this is aimed at kids and the rules for that audience are different.

The animation is well done, and the character designs are interesting…  But I don’t know how long I’ll stick around.  Just doesn’t seem to be enough meat to hold my attention long.

(No screenshots and a shorter entry because once again Crunchy’s web player is borked.)

I found myself chuckling all through this ep…  And actually, I find that better than occasional big laughs.  I loved the heck out of Chio’s internal monologues and her screwball views of the world.  Folks, this one is a keeper.

This was…  an example of the type of episode Encouragement has never handled all that well.  Despite the nice character moments, the teaching elements of the ep got a bit preachy.

It was nice to see Kaede return the stage as the group’s steady older sister / mentor / senpai.  Despite the clumsy way the educational aspects are often handled, having her explain it to the other girls is (IMO) way better than the narrator in Laid Back Camp.  This scene also reminded us that though it’s been four long years for us, barely six months have passed for the girls since Aoi and Hinata reconnected on the first day of school. 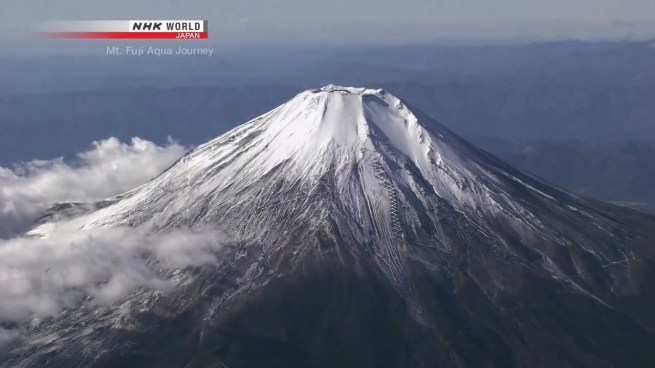 Kinda sorta on topic, or at least strongly related given that Mt Fuji played a huge role in Encouragement of Climb‘s second season…  Last week I was watching a special on NHK about the springs and watercourses fed by snowmelt from Mt Fuji.  (It can be seen online at – Mt. Fuji Aqua Journey, actually pretty interesting.)  What caught my eye was this scene in the opening – if you look close, you can see the mountain climbing trails and routes going up the mountainside.  What I assume is the main trail is obvious just to the right of center, but you can see several more if you click on the image and view it full size.

(No screenshots because once again Crunchy’s web player is borked.)

This week focused on Nagisa, but everything was so packed I’m not sure I followed it.  I can see that nobody credits her skill because of her height.  I can see how that leads her to overcompensate by being a hard ass and self centered.  I can see how that leads to her using the most powerful strokes she can summon…  But the whole solving her problems in a single practice session with the coach kind of left a bad taste in my mouth.  That just seemed a bit cheap.

She also seems to have someone in her past, some kind of rival?  And they made it pretty clear that she will soon play a role in the story.  Too much, too fast.  We’ve barely even gotten the basics of our characters established.

Speaking of too fast…  Ayano has joined the Badminton club.  But they never explain how or why she did so despite her extreme reluctance to doing so in the first ep.  It just kinda happened.  Is she a main character or not?

Ok…  No episode this week, but some further thoughts.  I may have been a bit harsh on it last week.  I’ve read a lot of other folks thoughts, both cheering and jeering, over the past week – and my attitude towards the show has improved.  Yeah, it’s still got a lot of generic bits and tropes, but it also has a great deal of possibility.  At this stage, the girls are largely one-note, but from simple basics great possibilities arise.

(No screenies because Crunchyroll’s web player is borked.)

Not the strongest premiere ever…  The episode revolves around Hanako, who has never actually lived in Japan (despite her name) and doesn’t seem to know anything of substance about idols or idol culture.  (In fact, she somehow has them confused with chibi kaiju.  That may be important later on.)  By accident, she gets swept up in, and becomes the sole contestant in, some kind of idol contest… (By this point in the ep, I’m bored and checking the time, not a good sign.)  And as the credits roll, we get the sole twist of interest:  While she’s genius level at picking up and performing choreography, she can’t sing for sh*t.  In fact, she has a horrible singing voice.

Other than that, Music Girls has something everyone knows I loathe: a huge, huge cast (11 other idols!) all thrown at us in the first ep.  The character designs are cute, but other than that they’re all almost instantly forgettable.  But credit where credit is due, to the extent it was animated the group’s performance was actually animated rather than CGI.

I think I’m going to stick with it an episode or two just to see if they do anything interesting with the twist.  Other than that, I hold faint hope based on the writing quality to date.

Because of the lengthy premier period, I’ve decided to go ahead and start my week count…  It’s over a week until the last premiere, and waiting will leave me badly out of sync.

I’ve gotten some weird spam comments – but this one takes the cake!  I don’t even understand what they’re trying to accomplish.

Anyhow, what’s your thoughts on my thoughts?  On this week’s shows?  Drop a comment and let me know!