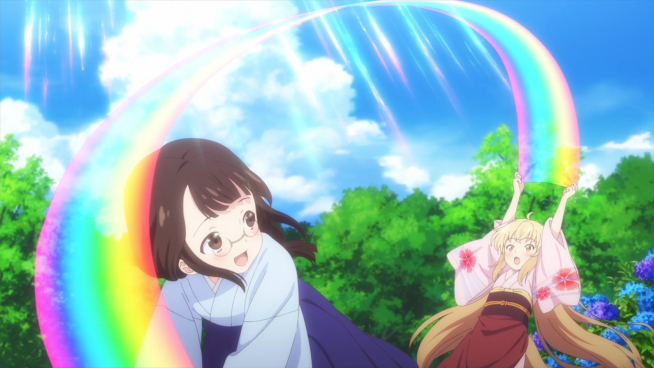 I can’t believe it’s that time of year already…  Spring is about to spring, and with it a fresh new crop of anime.  And that means it’s time to peer into the crystal ball and try and figure out what tempts me to watch it.

Anyhow, let’s hit the jump an run ’em down!
I normally try not too excited about seasonal shows until I see if they’re going to get a legal stream in the US. It’s not that I object to seeing them via ‘alternate’ means, but many of those can’t be played on my TV (which makes it difficult for both of us to watch) and it’s a massive PITA when they’re not neatly lined up in my queue. (Life is busy enough without adding another task to my weekly to-do list.) But that doesn’t mean I don’t look forward to some shows and hope they get a legal stream…

As is the tradition here at the Apprentice Mages Lounge, not going to play coy.  Just going to start at the top and work our way down.

Can’r find much about this one… But it’s based on a manga by Osamu Tezuka.  That alone earns it a berth on my list.

Does this one really need an introduction?  From the PV it looks to be a bit more action oriented than S3P1…  Which I’ll be glad for.  The political bits/world building were fascinating but deadly dull.  There’s also been hints dropped (from folks that have read the manga) that this part of the story is really good.

The first season seemed to run out of steam a bit towards the end…  But I’m still looking forward to S2.  If this sounds kinda like I’m damming it with faint praise, I guess I kinda am.

Who needs dialog when you’re this cute? The beautiful (but unlucky) Momoko, the cool, collected Shibumi, and the refreshingly innocent Mayumi star in a “silent manga.” No speeches, no dialog! Just pictures, sound effects, and three high school girls living their daily lives.

I have to admit to some trepidation here…  I’ve been reading the manga since forever, and was happy when they announced that it would be anime.  However, the PV gives me a bit of cause for concern…  Fanservice has always played a role in the manga, but it’s not actually a big deal – but the PV plays it up.  Crossing my fingers they don’t go that route!

Fifty years have passed since mankind began migrating to the new frontier: Mars. It’s an age where most culture is produced by AI, and people are content to be passive consumers. There’s a girl scraping a living in the metropolis of Alba City, she’s working part-time while trying to become a musician. She’s always felt like something is missing. Her name is Carole. There’s another girl. Born to a wealthy family in the provincial town of Herschel City, she dreams of becoming a musician, but nobody around her understands. She feels like the loneliest person in the world. Her name is Tuesday. A chance meeting brings them together.

Anyone who knows me, knows I can be a sucker for shows about music & musicians…  The description is also giving me “found family” vibes, another HUGE button for me.

Plus I’ve been wanting to rewatch Nana, and this also gives off some of those vibes.  Odd couple from different backgrounds, etc…

I have to admit to knowing next to nothing about Fruits Basket…  The manga and the existing anime have been on my radar basically forever, but I’ve never gotten around to them.  My wife has read the manga, and was very pleased when the anime was announced…  The community also seems pretty high with anticipation…  So, onto the list it goes.

Several years have passed since the events of Ultraman, with the legendary “Giant of Light” (光の巨人 Hikari no Kyojin) now a memory, as it is believed he returned home after fighting the many giant aliens that invaded the Earth. Shin Hayata’s son Shinjiro seems to possess a strange ability, and it is this ability, along with his father’s revelation that he was Ultraman, that leads Shinjiro to battle the new aliens invading the Earth as the new Ultraman.

This series is way lower on the list thank you might think it should be if you knew how much I like the Ultraman franchise.  It’s not because the manga is a re-imagining or how it varies from franchise canon.  Plain and simple, it’s the animation – or to be specific the designs of the human characters.  I positively loathe that particular style of CGI.

26 years after Meisei High conquered the Kōshien, a promising pitcher-catcher battery was formed in its middle school by the Tachibana step-brothers, Touma and Souichirou.

High-school baseball…  but I can’t find much about it.

In the game, the player takes the role of an unnamed former little senior league baseball ace who lost his or her baseball career after suffering an unspecified injury. The character moves to his or her grandmother’s hometown and enrolls in the local high school, resolved never to enter the world of baseball again. When the character meets Tsubasa Arihara, he or she is persuaded to be the manager of the school’s baseball team, and to take the team to the high school nationals at Koshien.

The character designs are cute…  But it’s another “guy leads a harem of girls to victory” anime, and it’s an adaption of a smartphone game.  On the list with trepidation.  I’ve seen both done decently, I’ve seen both be abysmal.

Both Mix and Cinderella Nine are basically on the list because I’ve been hoping for a decent baseball anime ever since the disaster that was Battery.

Anyhow, what do you think of these shows?  What are you anticipating for Spring 2018?  Drop a comment and let’s chat!