Anyhow, all-in-all it wasn’t a bad a week of anime – a few bad spots, a few dull spots, some fun spots, some laughs… Let’s hit the jump and see how the week went!

And this week we find out Shirase’s grand plan is for getting the girls aboard the Shirase (which is a real ship).  Gets jobs to earn money – and then seduce a male member of the expedition to smuggle them aboard.  The latter part of this plan blows up in their face… and she jumps track to her back-up plan, use the money to become a sponsor and member of the expedition.  (Why wasn’t this her plan in the first place?)  This plan also blows up in her face.

The ending leaves me curious though…  There’s still a lot going on that we haven’t been told/shown – and the girl briefly shown at the end, and her mother, are at the heart of it.

I have to say, I loved the chase scene to pieces…  Quite silly actually, but Mari’s sheer joy would melt a heart of stone.

Note: Couldn’t watch ep 3 last night (as explained below), will do so tonight.  Feel free to discuss in the comments, I won’t read them until after I do.

Last week’s cliffhanger is swiftly resolved without significant hazard or consequences to any of the parties involved.  This is followed by a side story that takes up most of the episode, and serves mostly to tell us what we already knew – when Chise is determined, she is determined.  I really couldn’t bring myself to be engaged in the tale though…  They never really gave us a reason to care.  The episode ends with another cliffhanger.

Gyaru Yuzu goes on a tear to protect/free the younger sister she didn’t even know she had until yesterday and who sexually assaulted her within a couple of hours of finding out who she was.  The results are…  not positive.  Plenty of fanservice and yuri ship-teasing though.

If this sounds like I’m convincing myself this show is on the edge of drop territory, I think you’re right.

Sora receives a mysterious package from his father – and it turns out to contain an absolutely adorable cute little mummy.  The show, so far, revolves around Sora learning how to take of Mii-kun (the mummy) while Mii-kun is mostly cute and adorable.

Another show that doesn’t lend itself to deep introspection…  And tough I laughed quite a bit, the premise seems thin enough that I can’t see myself remaining interested very long.  (In a large part because it’s so predictable.)  But there are some hints that there’s more than that coming, so let’s wait and see.

OK, we finally get some exposition explaining what’s going on – along with a lot more lame exposition in which Our Heroine expresses her desire to fix the situation.  (And her best friend, despite being rudely abandoned, expressing her support for Our Heroine.)  The tsundere remains a tsundere, the only rock of stability and common sense in the series to date.

Simply lovely…  a well written capstone to the bullying arc. The summary lets us know that this is going to be some kind of “magical girls in magical battles at magical high school” type of show.  The premiere…  didn’t really reflect much of that.  Mostly it was about Hazuki (the protagonist), her hangups, her flaws, and her neuroses.  It felt awfully thin, with about ten minutes worth of actual content puffed up to fill out the episode.

Unless ep 2 picks up markedly, on pace for an early drop.

Actually, improved greatly this week with the annoying Yuu shoved firmly into the background.   If this is going to happen more often Ms. Koizumi may actually be watchable.

Another slow episode, this time centering around the differences between the girl’s lunches and the school’s sports test.  (Which Hana fails miserably and amusingly.)  We’re finally given her full backstory, but she hasn’t told her friends yet…  And they’re starting to get suspicious.

Really, not too much to say because it’s not a series that answers well to deep introspection.

Most of the emphasis this week was on standard new-enthusiast new-member school club stuff.  Nothing particularly wrong with that, you have to get all the cast introduced, and from the cold open of the first ep and the OP we know there’s more coming.

So, as a result, we get introduced to the somewhat genki Chiaki and the more laid-back Aoi.  We also see a little more of Rin’s friend, Ena, but we don’t know much about her yet.  Rin herself spends most of the episode in the background and she seems to be actively avoiding Nadeshiko.  Rin isn’t a loner, but she’s a decidedly quiet person, so I can see where she’d be a bit put off by the genki and ditzy Nadeshiko.  But, as we saw from the ending, Nadeshiko isn’t going to put off from her quest to befriend Rin.   But at least this time, she’s a little more prepared.  I wonder if the other girls are with her and just weren’t shown?

And…  that’s it for this week.  Man, there’s a lot of shows hovering on the edge of drop territory…  Next week will tell the tale for many of them.

As I said a few days ago, I knew I’d end up late on Universe one week, and this was the week.  Last night was the long awaited photo club outing and it was a blast!  We went up to Point No Point and light painted the lighthouse.  Came back cold, tired, and buzzing like a chainsaw…  A good shoot always leaves me a little high. 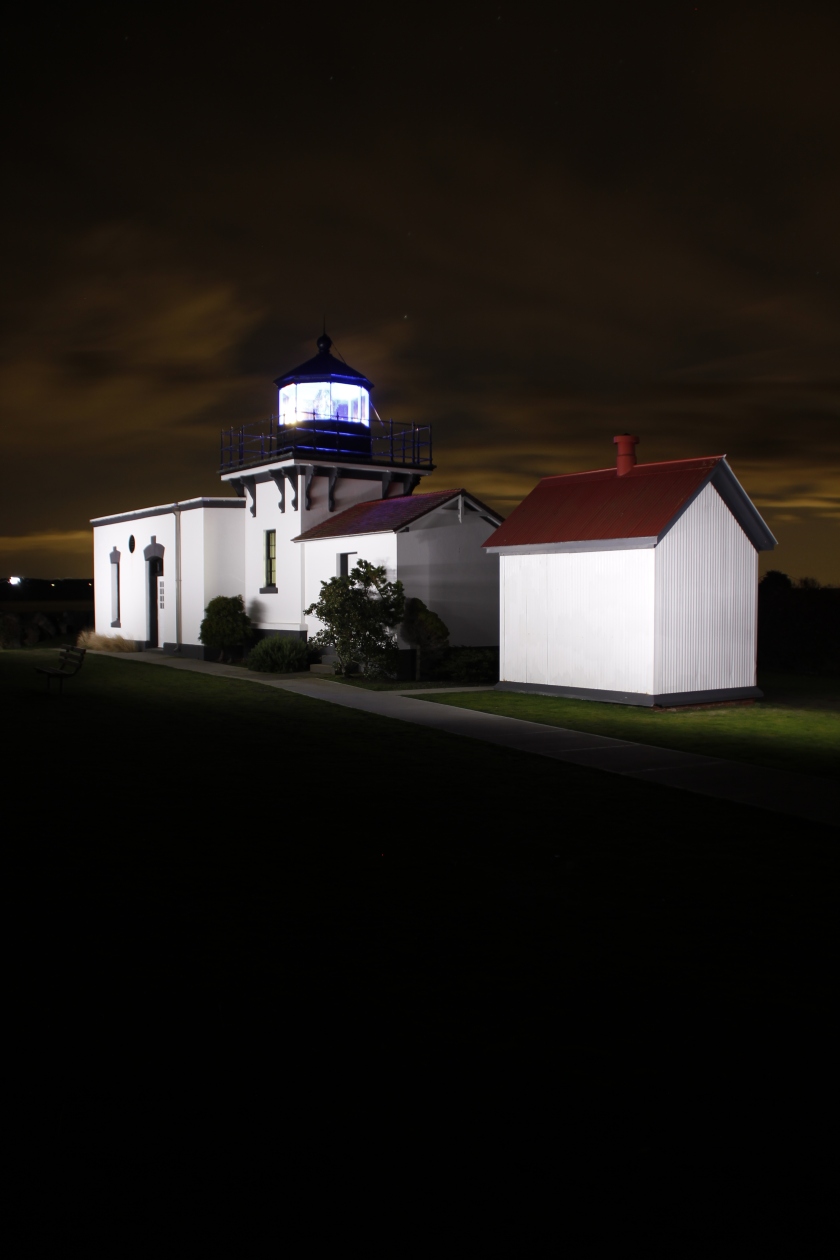 So how has your week gone?  What did you watch and what did you think?