The week after Christmas, we had a snowstorm here…  Looking at the snow in the raking light of early morning, the landscape (snowscape?) reminded me of some of the photographs of other planets from NASA probes in the 1960’s.

So, as sometimes happens, I thought I’d share my photographs here.  Hit the jump if you’re curious.

END_OF_DOCUMENT_TOKEN_TO_BE_REPLACED

Minato’s thoughts on photography inspired a few thoughts of my own on the topic… I agree with him on some things, disagree on others.  I also look at other ways he can indulge in his budding passion for documentary photography.

Hit the jump and let’s look at some pictures!

END_OF_DOCUMENT_TOKEN_TO_BE_REPLACED

I thought it would be fun to share my recent photographic work. There’s some artsy stuff, some experimental stuff, and some nature work. Hit the jump and take a look!
END_OF_DOCUMENT_TOKEN_TO_BE_REPLACED

In which your humble correspondent takes part in a photo club outing to Seattle’s famous Pike Place Market. 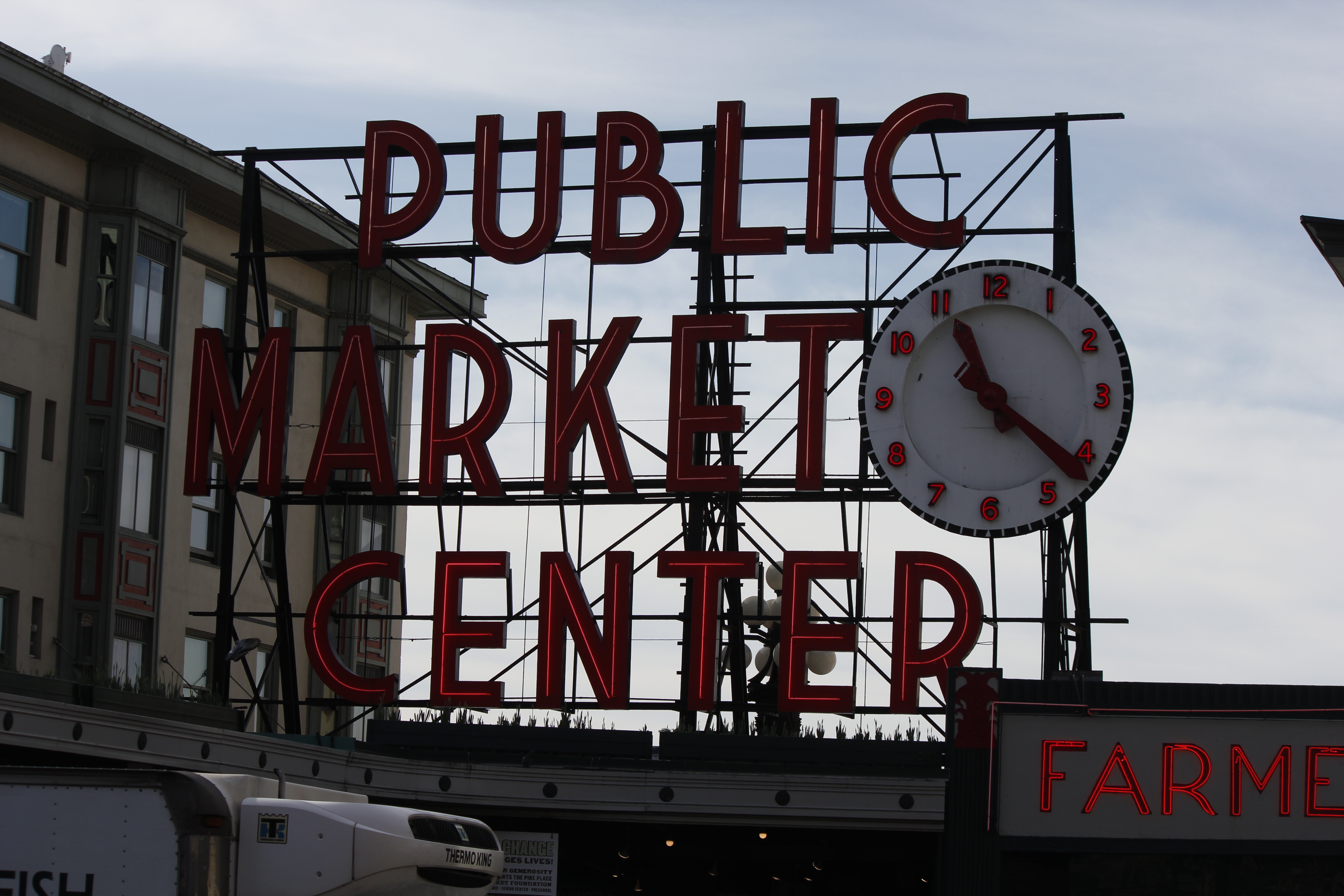 Hit the jump and let’s get going!
END_OF_DOCUMENT_TOKEN_TO_BE_REPLACED

Anyhow, all-in-all it wasn’t a bad a week of anime – a few bad spots, a few dull spots, some fun spots, some laughs… Let’s hit the jump and see how the week went!
END_OF_DOCUMENT_TOKEN_TO_BE_REPLACED

I hope you’ll forgive an occasional side-trip into something other than anime…  Anyhow, an image from six years ago popped up in my Facebook memories this morning, and I was gripped by the need to re-edit it.

Below is my new version, the original version is after the jump.

To provide context:  This was originally posted to Facebook a couple of days after I returned home from my dad’s funeral.

The original title and caption:

Empty but for memory

I remember him sitting there… Coffee or beer, newspaper, remote, and ashtray (back before he quit, much too late) near to hand. Kids, grandkids, and cousins on his knee. Watching benevolently as we scrambled beneath the Christmas tree and he struggled to wake up. Relaxing after work. Cooling off after chores or projects. Cursing politicians. Berating referees. Cheering when his team made a play, or howling when the opposing team made a better play.

After the jump, the original image and some thoughts on the re-edit.

END_OF_DOCUMENT_TOKEN_TO_BE_REPLACED

This is an experimental light painting I did a few years back: 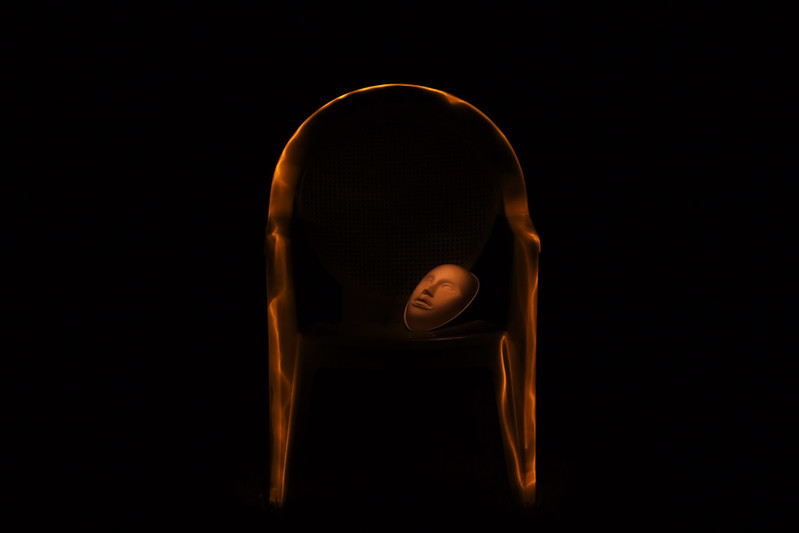 If you click through on the photograph there’s more about my process and tools.

In closing a New Year’s Eve haiku I wrote a few years back:

The just premiered anime Just Because! features Ena, whose hobby is photography…  and her character and the photography details the anime’s staff put into the show caught my eye.  (As I’m an enthusiastic and experienced amateur photographer.)

Originally, this was part of my first impression post for Just Because…  But it got to be very long and very nerdy and made more sense standalone because of the potential for a series of such posts.  Plus, having spent over three hours researching, thinking, and writing it deserves the spotlight on its own.

END_OF_DOCUMENT_TOKEN_TO_BE_REPLACED

Just got back from watching the eclipse over where my wife works.  (That way we only had to buy one viewing setup.)  It was, frankly, an awesome experience.  By that I mean the original meaning of the word – “extremely impressive or daunting; inspiring great admiration, apprehension, or fear”.  (Not the common meaning where it’s an all-purpose expression of praise and enthusiasm.)

At first, though it was cool to look at (through proper glasses), but it didn’t seem to be much…  But as totality approached, even though it wasn’t full totality here, the light grew very noticeably dimmer and the air distinctly chilly.  The light was also of a very odd quality, not the same at all as when the light grows dim at dawn or sunset.  As a photographer, it was very noticeable…  Even the friend who was watching with us noted how spooky it was.  It was very easy to see how people of pre-scientific times would be deeply affected.. The world just doesn’t normally change so fast and then spring right back to its former shape as though nothing had happened.

And speaking of friends, this was different from most any other event in my life…  It happened in slow motion (over the span of roughly two hours), and so there was time to share the experience over social media.  It was… fascinating to read the reactions of friends and family scattered across the country in real-time.  And that’s setting aside all the preparations of the last few days and weeks as people bought the required safety gear and set out to travel to see the event.

All in all, I can’t say I experienced some kind of epiphany…  but I can’t say the experience left me untouched either.  I just can’t clearly express how.  Maybe it’s that part of my brain deep beneath the civilized and educated layers reacting.  I just don’t know, but felt I had to share.

More mundanely, I caught a number of interesting images such as this one – where the gaps between leaves were acting as little pinholes and projecting an image of the eclipse on the pavement:

It’ll take some post processing work to see if I can make anything of them, but I still found it fascinating.

Anyhow, thanks for taking the time to read this and feel free to share your experiences and thoughts down in comments.

Now, back to the mundane rounds of daily life – errands, housework, and fighting with my now massively overdue Week 5/6 + Midseason Review post.  (Three quarters done, having some writer’s block problems on a couple of shows.)

Ok, so the thing that’s kept me crazy busy over the last two weeks is starting to wind down and I’m at least occasionally finding my head above water.  Now to figure out how to re-start in mid stream…

Hit the jump, and let’s look at what’s coming up over the next few weeks!