Ok, so the thing that’s kept me crazy busy over the last two weeks is starting to wind down and I’m at least occasionally finding my head above water.  Now to figure out how to re-start in mid stream…

Hit the jump, and let’s look at what’s coming up over the next few weeks!

I’m working on a post prompted by a memory that popped up on Facebook this morning, and hope to have that out soon. (The next day or two?)  When we finally do start to have free evenings, the plan is to catch up on two cour shows first and then dive into new (Summer 2017) shows.  I’ll write ’em up as I have the time and energy and enough material.  But this is the monthly three-meeting-week, so there’s that.

But that’s not the end of the stumbling blocks this season…  The Kitsap County Fair is fast coming down the pike.  I volunteer in the Photo Dept, and between Intake, Judging, Setup, actually sitting the Dept during the Fair, and Teardown – I spend a lot of time out at the Fairgrounds.  So, somehow I’m going to have to work around that too.

And I haven’t even started on choosing and editing my entries, and drop-off day (Intake) is less than a month away.  Most years I allow myself at least six to eight weeks!  Looking over the last year, I have nearly four thousand images to skim through to pick the first round of candidates, and then start processing those and narrowing them down.  (Assuming I limit myself to just the last year of new work.)  Last year, that produced thirty-two candidates in less than a week, and then six more weeks (and three rounds of trial prints) to narrow it down to the final three that were entered.

On the other hand, there’s at least a couple from last year already processed and mostly ready to go…  Most of them were good photographs but didn’t make the cut for non-technical reasons and would make a decent set of entries.

Just for fun, and because I’m on a roll writing here, these were my entries last year… 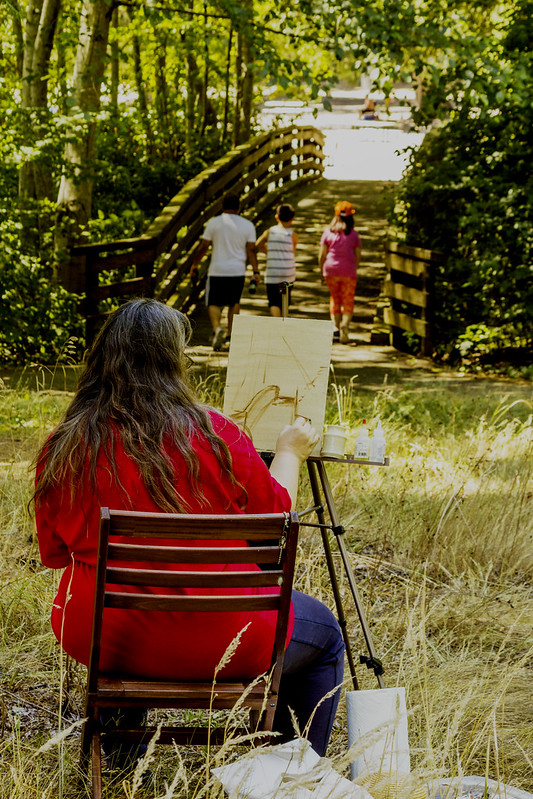 One of the things I love doing is shooting artists at work…  And though I never could get the colors quite right, I thought this was cool because of the various levels of time captured in the image.  It took a third place.

There’s a saying I occasionally encounter in photography circles – “nobody cares how hard you worked, only the image matters”.  That applies here in spades, but it does illustrate the scale of the problems I face sometimes.  Over the course of four hours, I took eighty some images, to produce one that still wasn’t quite right. 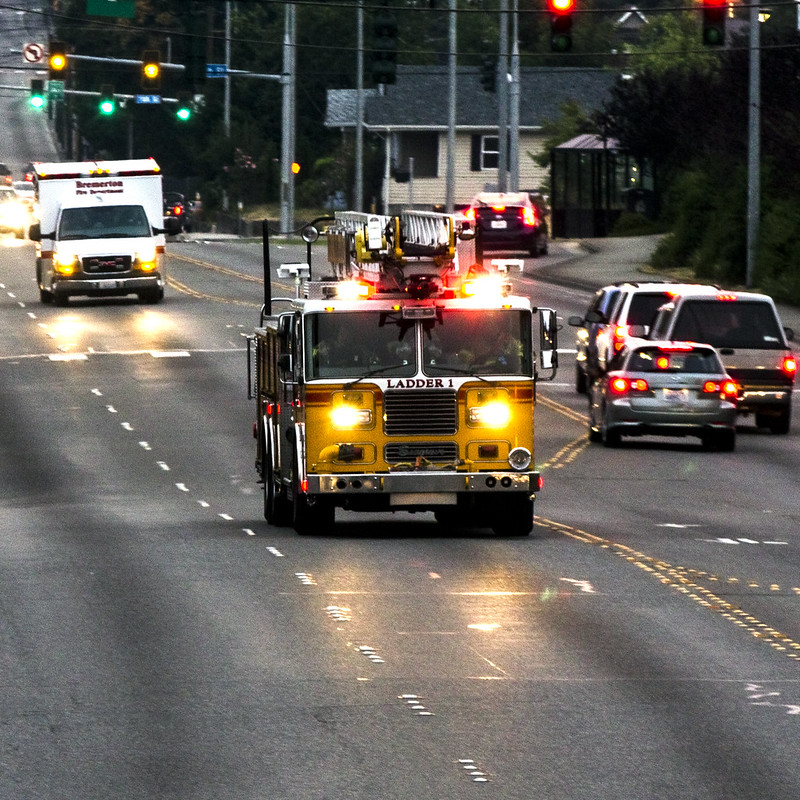 A hail Mary shot…  I’d been standing on the Warren Ave bridge shooting the sun as it set behind the Olympic Mountains (forest fires in the Olympics were producing spectacular sunsets), when I heard sirens.  I had only a few seconds to change my settings and squeeze off a quick burst of shots.  Though I like it, there’s some obvious errors, and the judges saw them too and awarded it a third place.  My final selection of submissions is often subjective – even if it’s not the greatest photo in a technical sense, that doesn’t mean it’s not a photo I want to represent my body of work.  Falling in love with your own work is common failing among artists.

FWIW, everyone gets a ribbon…  The top 10-15% or so by score get a First, the next 30% or so a Second, the balance a Third.  They used to also award “Honorable Mention”, dividing the scores into four categories, but the current Dept Supervisor did away with those. 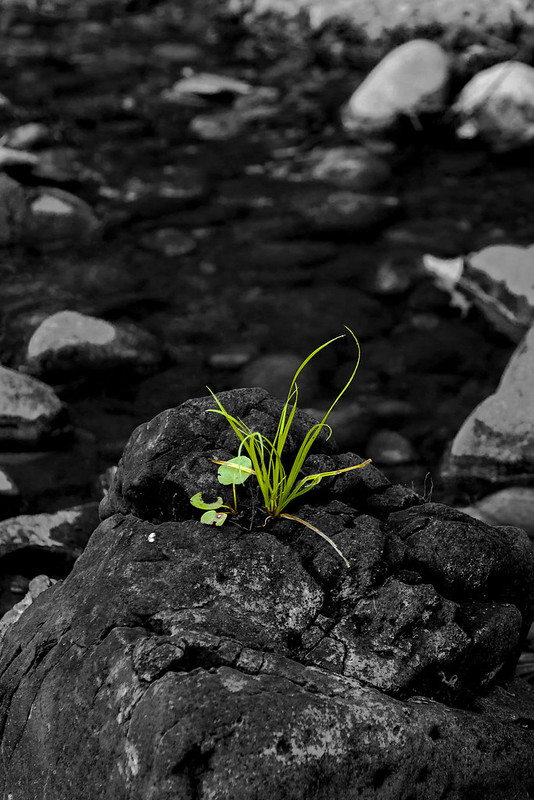 A few weeks back, I posted briefly on the feeling a Creator gets when they know they’ve nailed it.  This picture was one of the reasons that scene in Saekano hit home so hard.  The moment I saw the preview on my camera’s screen, I knew I’d nailed it.  It took some hours of thought and processing work to ultimately bring everything out, but I was buoyed along by that original  feeling.  It’s also the best I’ve ever done in the Fair photo contest – it was awarded a first place ribbon in the Nature/Monochrome category and Best of Class in Nature/Monochrome.  (That is, the best monochrome Nature image overall.)

It’s also one of my favorite pieces of work because it so neatly captures various scales of time in one image.  A lot of my work revolves around trying to capture and illustrate those scales.

Dang, it feels good to be writing again, even if it’s not about anime (this is an anime blog after all!).  Time to hit ‘publish’ and get on with the day’s tasks.  Thanks for stopping by, and I hope to write more and see more of y’all over the next few weeks!

6 thoughts on “A light appears at the end of the tunnel!”