I thought it would be fun to share my recent photographic work. There’s some artsy stuff, some experimental stuff, and some nature work. Hit the jump and take a look! 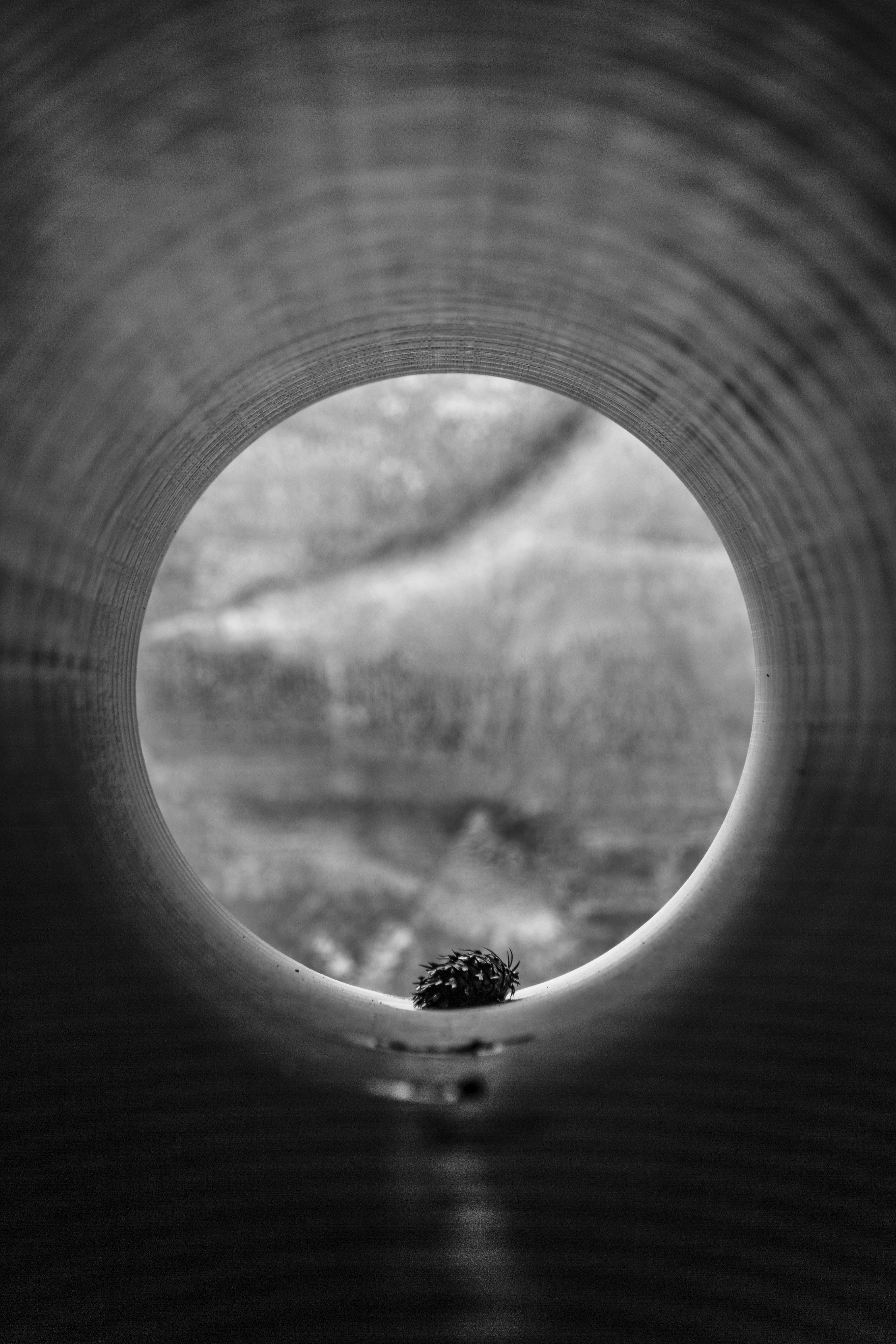 There’s a construction site just around the corner, and I found a pile of pipes. In one pipe was a pine cone… How did it get there?

The construction site is an unusual and interesting photography opportunity, so I’ll be checking back regularly.  I really badly want to explore the geometry formed when they start framing the buildings. 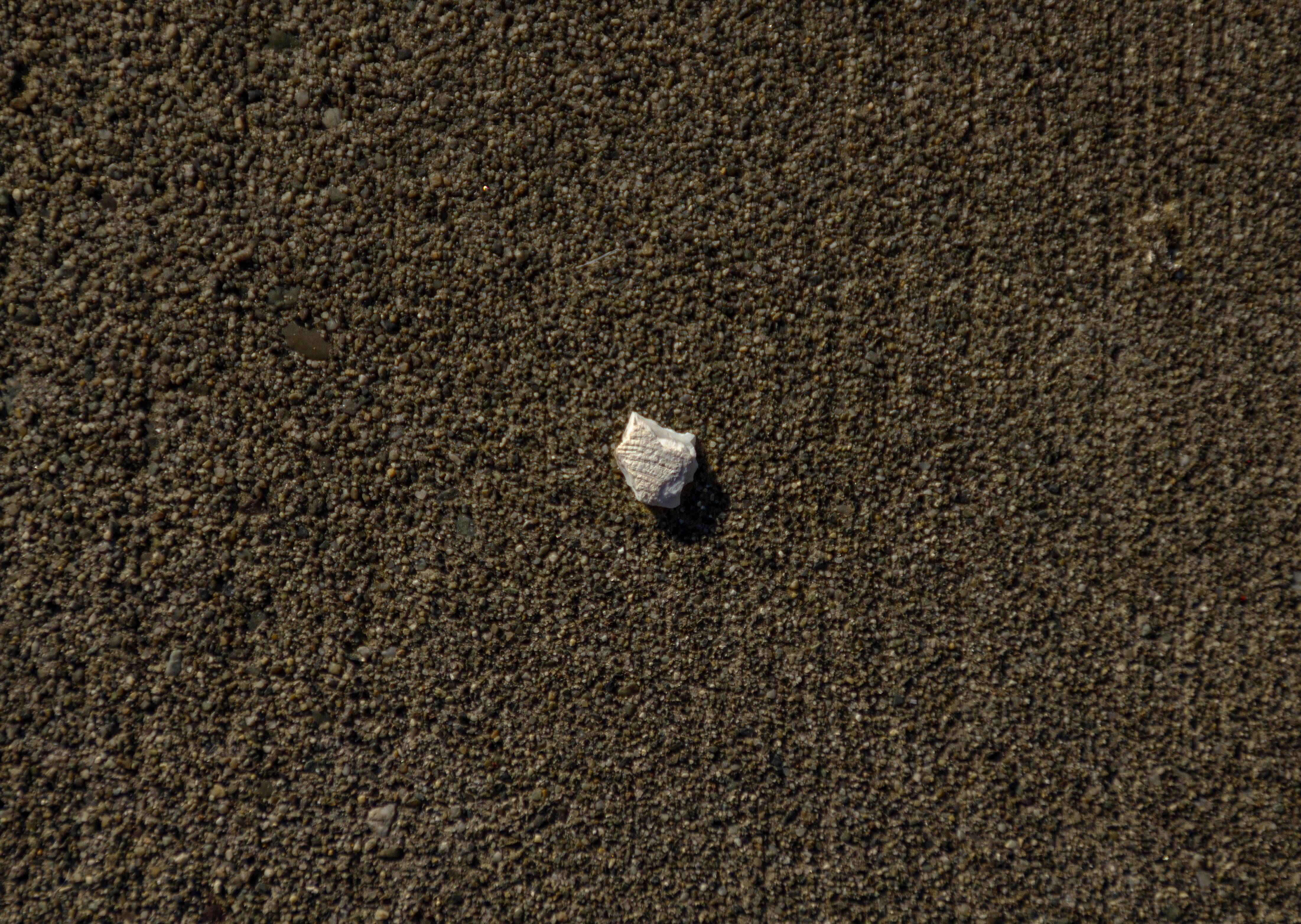 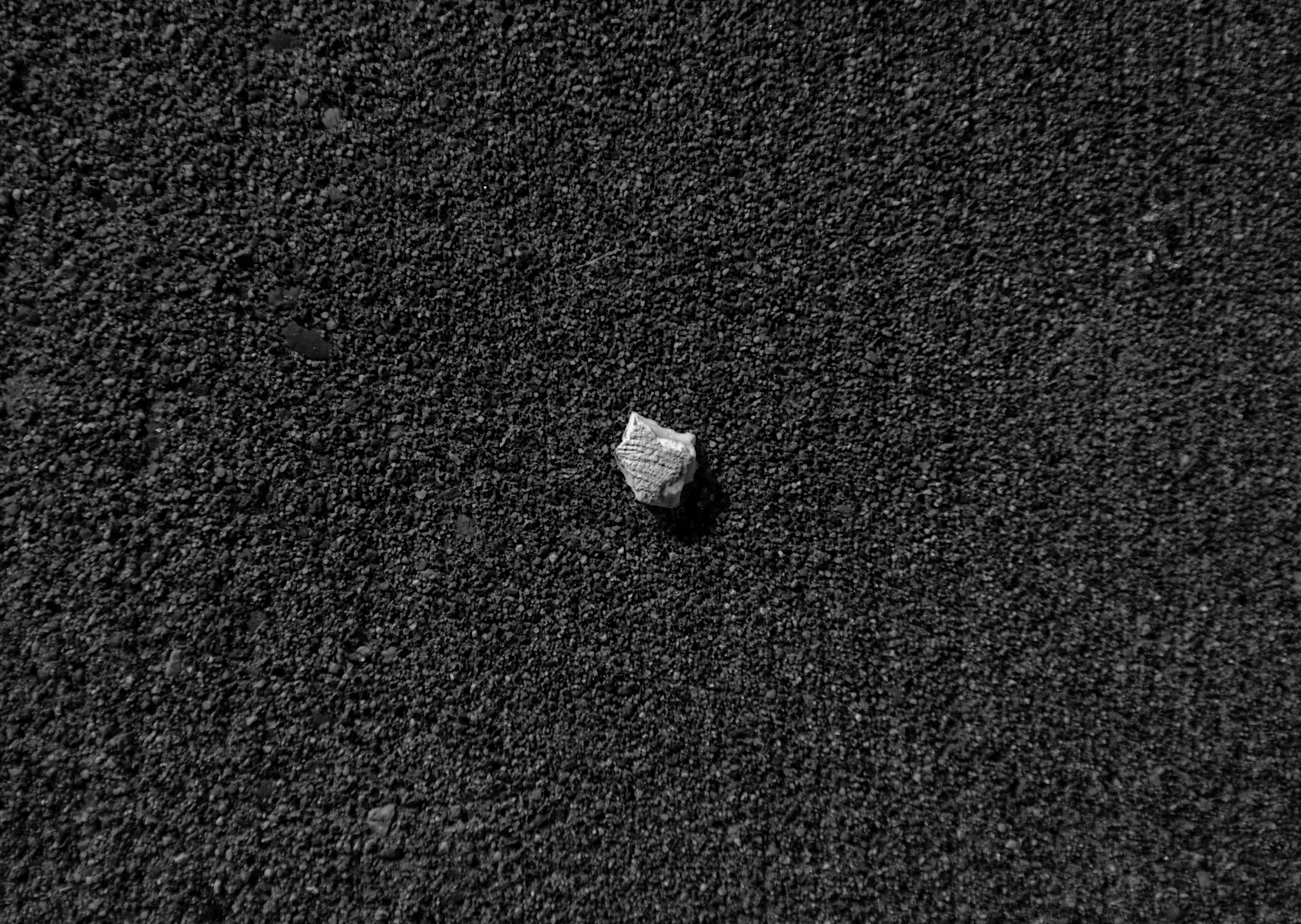 Walking along the boardwalk (which is actually concrete) along the waterfront… I found a fragment of shell.  The contrast between the natural and manmade forms is interesting.  I like the monochrome version slightly better as it concentrates attention on the textures.

I wish I’d zoomed in a bit more though… 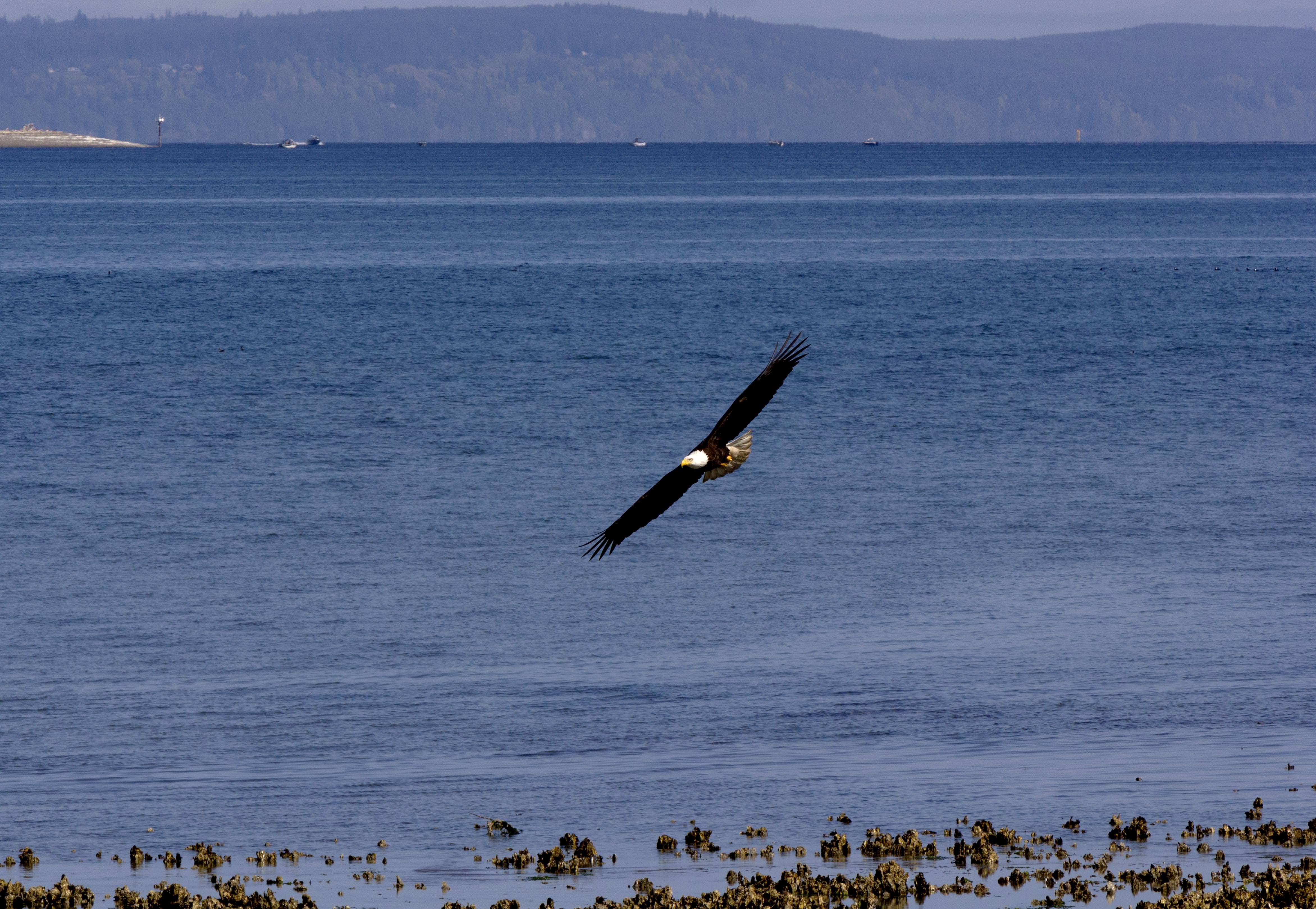 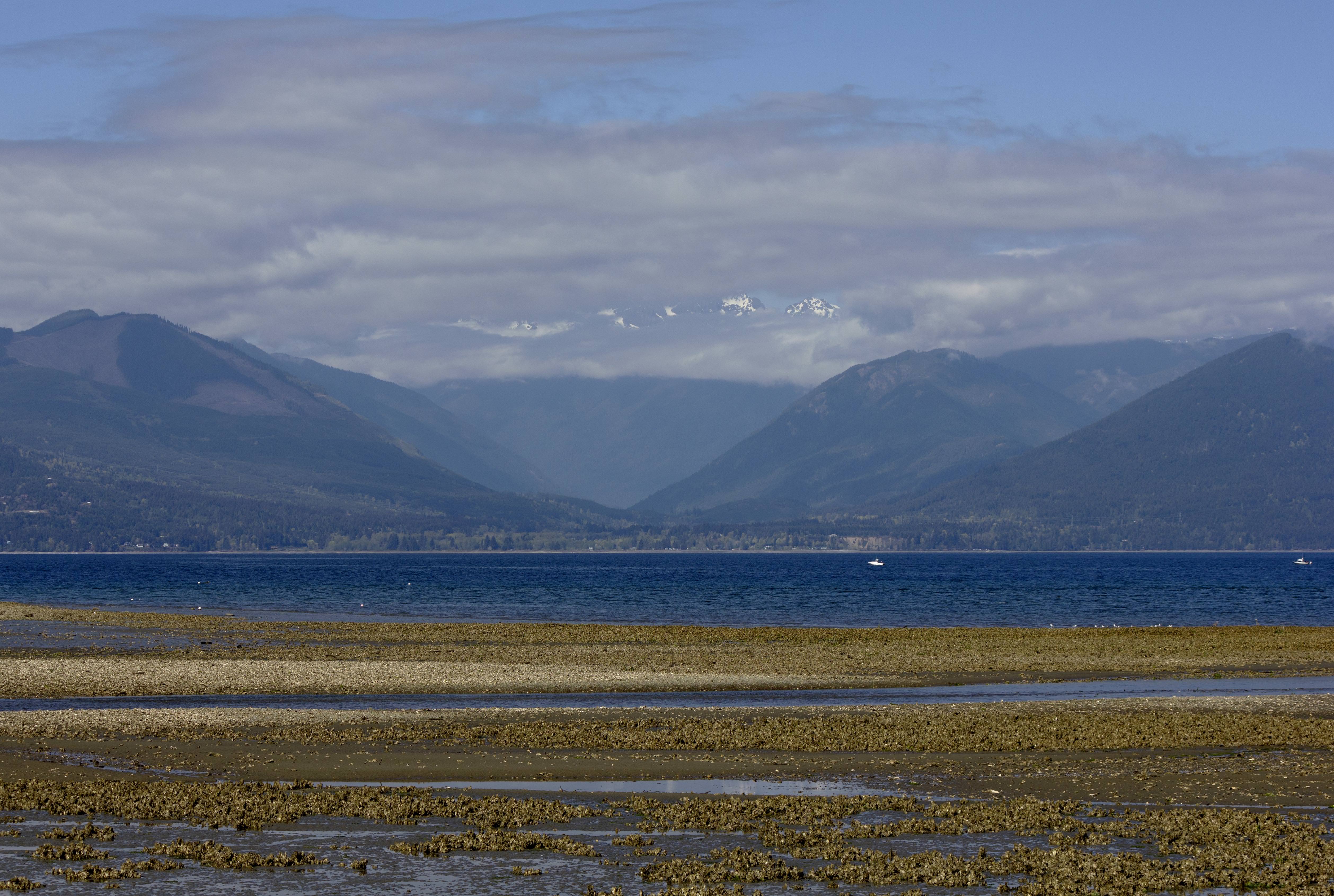 These two photographs, taken the same day at Big Beef Crossing, are actually from April of last year.  I love shooting at Big Beef because the scenery is awesome.  Even on a cloudy day with the Olympics playing peek-a-boo.

But even though they were taken last year, I only processed them this past weekend.  I sometimes tend to sit on shots for extended periods…  Sometimes I’m waiting on inspiration.  Other times I keep going back to them and keep fiddling until I finally find a result I’m happy with.

This time of the year is prime time for photographing eagles at the Crossing.  The fish are running, and the eagles come at low tide to feast on fish trapped in the tidepools among the shell mounds.  It’s also a scene that will vanish sooner-or-later.  The embankment I was standing on for these shots is blocking and choking the estuary of a salmon stream, and will eventually be demolished and replaced by a bridge that allows the estuary to run free.

(If the map doesn’t show, you can click here to open it on Google Maps.)

Anyhow, what do you think?  Drop me a line in the comments!