Well, the next batch of first impressions is finally here!  Hit the jump, and let’s see what the season has to offer.

The shows that I’m watching are in bold, shows my wife and I are watching together are in bold italics, and  marks dropped shows.

Fanservice… Over-the-top action…  Ham-and-cheese character acting…  Somewhat bizarre characters… Incompetent villains…  That’s the Cutie Honey formula in a nutshell, and with one exception Universe delivered and then some.  The exception of course was the fanservice.  Other than a segment at the end it was mostly tame (even by modern standards) nudge-and-wink homages to the original.

Still, it was fun so long as you turned your brain off and didn’t think too hard about what you were watching.  Honestly, there’s nothing particularly wrong with that.  Don’t expect much of a review each week on this one.

Too short on action for a sports anime, lacking in characterization for a character drama.  Long on repetitive internal monologues about the protagonist’s financial situation and worries…

It’s also formatted in a way I’m coming to loathe:  two short stories making up one full length episode.  This isn’t always bad, but here they’re treated mostly as standalone segments and repeat a good chunk of the setup material.  That’s just lazy and points to a certain lack of attention to detail in adaptation.

Until I started doing some background research to write this review, I hadn’t realized that Hinamatsuri had an actual meaning (beyond the character’s name)…  Hina is a type of doll, and matsuri means “festival”.  Together, Hinamatsuri refers to the traditional “Dolls day” (now Girls Day).  More information here, here, and here.

Even if Hina isn’t actually a living doll of some short…  She certainly has been raised as a thing, and not a person.  But she’s also bright enough to grasp the difference between how she was treated in the past and how Yoshifumi treats her.  Whatever she actually was and is, she’s a person now.  (Though she’s not at all certain about how human interactions work.)  Either way, we’ve all seen the mistreated living weapon thing before and here it’s handled no worse than usual.

Yoshifumi, I can’t get a handle on.  He flips erratically between being a more-or-less normal person – and being a hard ass yakuza fighter.  By the end of the ep he’s starting to question the latter.

My only real issue is that Hinamatsuri can’t quite decide if it wants to be a drama, or a comedy.  It waffles over the issue, and the two sides are a poor fit.

Did anyone else note that the weapon wielded by the redhead in the “three years later” segment was essentially Hina herself in the form of a crude doll?  I’m really curious what that means.

As expected, a re-cap episode…  It was pretty easy to figure out why Mineta was so eager to use the pool, but fortunately they didn’t dwell on that aspect.  Also Kudos though for not being a pure clip show, they at least tried to establish a narrative.

I did like how the final race between Deku, Bakugo, and Todoroki was interrupted.  Somehow it seemed fitting to avoid a Final Battle right in the first/recap ep.  Plenty of chances for those three to butt heads over the next 23 episodes.

Status:  Keeper  (Did you really have to ask?)

I’m…  not sure how much I care for this.  It’s a little icky/squicky and appears to be a one trick pony.

Status: On notice under the Three-Episode Rule.

I’m not really wowed here.  The episode spent way too much time on the minutiae of the battle, and not nearly enough time on the characters.  For all it’s flaws in characterization, SAO at least had characterization.  LLENN, notionally the main character here, spent most of the time being moved about by M-san like a living chess piece.  On flipside, we know LLENN has confidence issues…  But IMO, its poor form for an anime to rely on external material for the audience to have a handle on what’s seen on-screen.  That’s doubly true of an original work.  Yes, though it’s set in an existing universe, it’s an original work in that there’s no previously published story material on these characters.

But then there’s Bunny Kirito leaping out of a suitcase and going all level clearing badass on a team of professional soldiers.  Overpowered main characters and all, that’s the SAO we all know and love.  (Or loathe, as the case may be.)  When the action finally starts, it delivers.  (Disclaimer:  I “borrowed” the term “Bunny Kirito” from Iblessall.  I suspect I’ll be using it a great deal.)

Maybe now that all the setup is finished, things will get better overall.  I certainly hope so.

There’s really not much to say about Tada-kun.  So far we have a bog standard setup and a fairly common cast of characters and little else.  The execution is deft, and the comedy mostly well-timed, and that’s pretty much what stands out.  On the other hand, the Monthly Girls’ Nozaki-kun team is on the job, and that turned out pretty well despite an unpromising start. 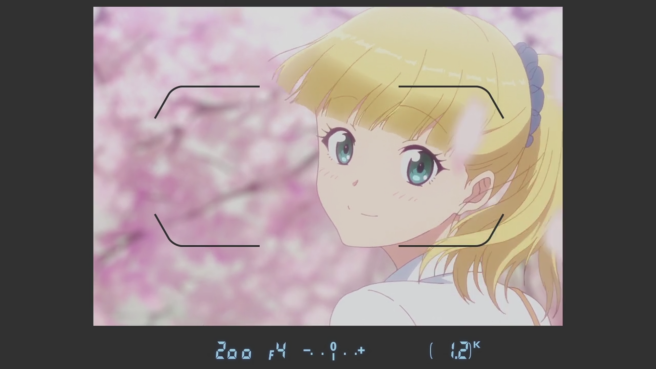 So…  More latitude than usual, especially as it appears this will be a moderately light season.  (It looks like it’ll settle out to about 10 shows.)  Plus, with a photographer main character I may get a Photography in Anime feature out of the deal.

So, here’s where I stand:

– My schedule page is up to date.

– With the few remaining premieres, this will be the last pure first impressions post for this season.

– Keeping in mind that I have a weekly social night on Tuesday, so shows I’m watching with my wife slip to Wednesday evening and end up a week behind for Wednesday posts… At least for the next couple of weeks, it looks like the best day for my weekly post will be Wednesday.  After Star Blazers end it’s run, I may move to Friday.  The big drivers there will be whether Real Girl, Tada-kun, and.or Hisone to Masotan need timely coverage.

– There won’t really be enough material for a Wednesday post this week, but I’ll keep a running entry and either push it out when there’s enough material or the Wednesday after next (4/18).  Whichever comes first.

– My much belated Winter 2018 Season Review should be out Mon or Tues.

So, all that being said – what do you think of this batch, or any other shows that have premiered so far?