The episode starts with a huge explosion…  a harbinger of the destruction to come.  Will there be salvation?

Hit the jump to find out!

For this episode, I’m going to drop the usual Yamato side/Gamilas side, because the two sides are so closely intertwined.

In his bid to destroy the Yamato – Dessler chose to destroy an entire planet, using the power of Wave Motion Energy.  (The same as Yamato’s Wave Motion Gun.) 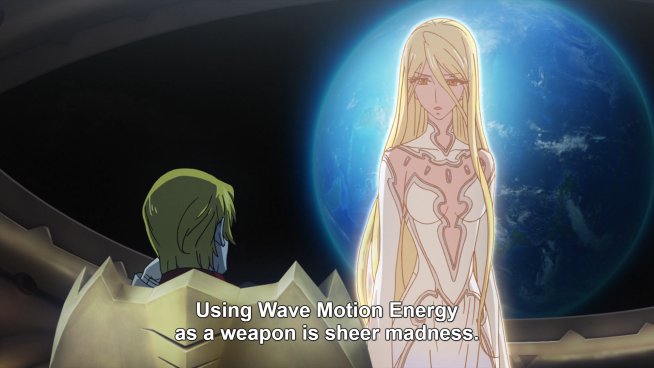 Starsha of Iscandar immediately contacts him to upbraid him for the madness of using Wave Motion Energy for destructive purposes.  (Something Yurisha also took Captain Okita to task for.)  Whatever else is going on, it’s become pretty clear that the Iskandarian are pacifists – contrasting with the Gamilas they share a star system with. Meanwhile, Captain Okita has chosen to take Yamato to Gamilas…  An interesting choice since Yurisha has asked to what his choice would be – to Gamilas for vengeance, or Iscandar for redemption?

And that’s a problem I have with this episode.  It’s never really made clear why he made the choice he did.  There’s a possible explanation later, but they never actually make it explicit.

When Yamato arrives at Gamilas – it rams Dessler’s palace and embeds itself in the tower.  But, like all bad guys, Dessler has an out – the top stories of the tower are actually a spaceship.  He runs, leaving his people behind to face their fate without him. 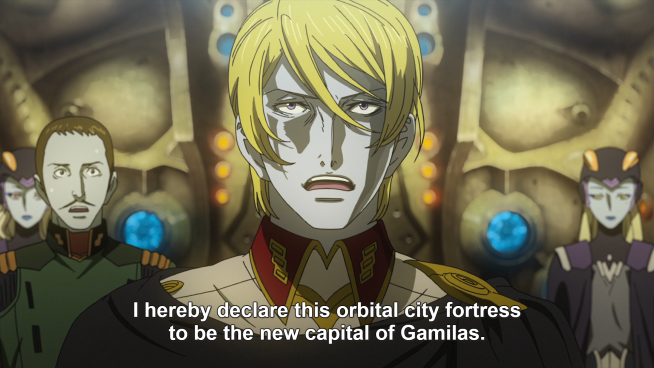 And with this – Dessler has reached full-blown madness.  He orders a huge section of the orbital fortress detached, and aims it at the Gamilas capital city with the goal of destroying Yamato, despite the cost to his people.  He will survive, the orbital fortress will become the new capital, and his plan to rejoin Gamilas and Iscandar will go forward.

If it’s not clear by this point…  Dessler has a psychopathic love for Starsha.  He will be with her, regardless of the cost.  At least, that’s how I read it. 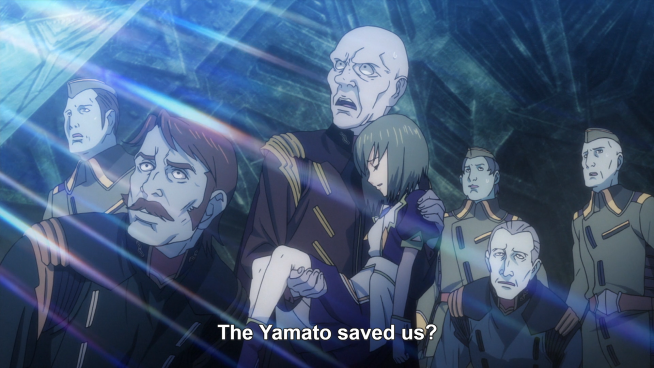 After dispatching Kodai and Yurisha to rescue Yuki…  Rather than running, Captain Okita chooses to use the Wave Motion Cannon to destroy the incoming section of the orbital fortress.

This is one thing they’ve done well with across the run of the series.  They never reach for the superweapon as a crutch.  After the first use, Captain Okita only chooses to use it deliberately and when no other course will suffice.

For the second time in as many episodes – Captain Okita is in a great deal of pain, and this time he collapses. 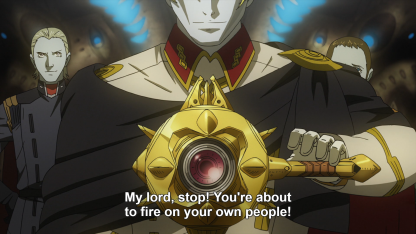 Dessler decides to use his Wave Motion Cannon on the Yamato (still embedded in the Palace tower in the heart of the capital city)…  Painting himself as the victim of the cost of reaching his ambition.

Meanwhile Yuki has other plans…  Even at the cost of her own life, she’ll destroy the cannon to save Yamato.   An interesting comparison of sacrifices… 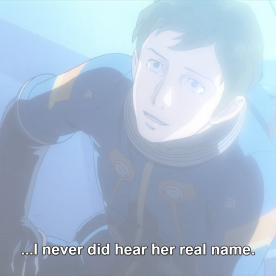 Norran turns a gun on Yuki and forces her from the control room claiming this will prove him to be a real Gamilas.  But his goodbye betrays him…  He’s fallen in love, and ejects her from the orbital fortess to save her from the destruction.

Though his ship tries to warp away – Dessler seems to die in the explosion. 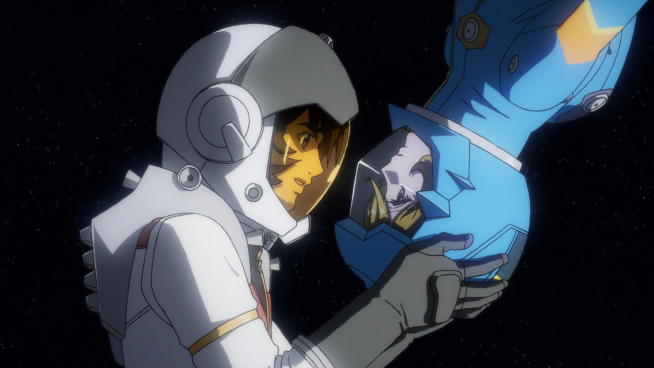 Kodai flies his fighter, damaged in the explosion, and finds Yuki amidst the debris.  Reunited, the two turn to face their destiny.