I really should be working on other things, but it’s been a month since the last Worth Reading, and the good stuff just keeps piling up.  So rather than delay things further… 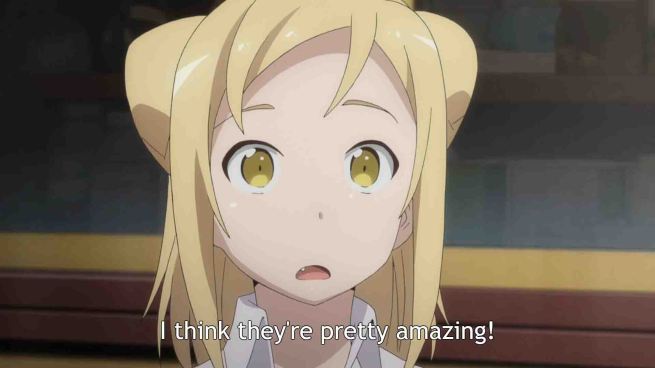 Let’s hit the jump and take a look at what’s Worth Reading!

First up – a review of the soon-to-be-released book Ninja: Unmasking the Myth.  This looks to be pretty interesting…  The author has gone back to historical records and primary sources to seek the truth about the ever popular ninja.  His conclusions, as outlined in the review, are surprising.   Suffice to say, this book already appears in the interlibrary loan catalog at my local library, and I’ve already put my name down.  It’s not so much my interest in ninja, but it’s relevant to my greater interest in the Tokugawa era.

For something a little bit different from the usual…  Yukinocake reviews The Most Popular Fries In Tokyo.  Even though I just had breakfast, I’m hungry again just from reading the article.  I love good french fries, but they’re so hard to come by.  Just for the record, I’m a fan of interesting dips but I do not believe french fries should be topped.  I prefer fries that stand on their own.

Makkusu at A Fun Derangement of Epitaphs writes a lengthy and deep discussion of the Isekai genre – Isekai — A World of Possibilities.  It’ll take you a while to work your way through it, but it’s well worth your time and worth reading.  If you only read one link out of this post, this must be the one.

FWIW – there was also extensive discussion about isekai in the comments to an issue of Worth Reading back in November of last year.

(And I need a flashing gif or something to call out the truly important links.  Not that anything else I link to isn’t worth reading, but sometimes there’s something head and shoulders above the rest.)

One my favorite ongoing features of Worth Reading is reviews of older shows.  In the last couple of weeks there’s been a great deal of angst (as there is at the start of every season now) about the “Netflix prison”…  To me, that just highlights anime fandom’s excessive focus on the current hawtness and how anything else just gets forgotten.  (I’ve an article brewing on that, but it’s taking time to bloom.)  At any rate, there’s a great deal of not current stuff that’s worth thinking about.

Anyhow, my editorial rants aside, TPAB wrote an outstanding review of the classic NANA that includes an interesting overview of  Yazawa Ai, the mangaka behind the series.

(I’ve featured NANA in a previous Worth Reading, it’s worth going back and checking out.)

Also, I don’t think I’ll ever mention NANA without posting a video of Broken Rose…

Next up – not one, but two review of last year’s excellent Interviews with Monster Girls (Demi-chan wa Kataritai).

I wrote and quickly deleted a short segment done in Matt’s style.  Damn, that’s actually harder than I thought.  I don’t know how he does it.

Irina and Matt are also collaborating on weekly reviews of Umamusume: Pretty Derby.  This probably belongs in my weekly review post, but if I keep watching this smoldering dumpster, it’s be because I want context for their reviews!  It’s pretty bad when that’s the best reason for watching a show…

Irina also tackled Magical Girl Raising Project in an insightful and deep review.  Be sure and also check out the article on Ruler that’s linked as a pingback down in the comments.

Mini-rant: everyone is talking about the animation quality, few talk about the story and pacing issues.  There’s more to anime than just the artwork…  It doesn’t matter how gorgeous the animation if the story is lacking. (coughAncientMagusBridecough)

edsamac at Anima & Anime writes Stepping out of the Anime Closet, a deeply personal piece on how otaku are seen and judged by society-at-large.

And last, but by no means least – Artemis at the Otaku Lounge takes a look at the best and worst of 2017 in AAA2017: The Artemis Anime Awards.  Unsurprisingly, 3-gatsu no Lion goes home with a bouquet of laurels.  Man, I find it hard to do that with a single season.  My hats off to anyone who can hold a whole year in their head.

And there you have it, a bunch of stuff that’s well worth reading.  Feel free to comment here, I never turn down comments or discussions – but be sure and like or comment on the linked articles too!