Just for fun, each season I look back four years to see what I was watching back then and talk about what I thought of it then and now.  Since it’s Winter 2019, that means it’s time to look at Winter 2015 and cringe (or not) at what I watching way back when. 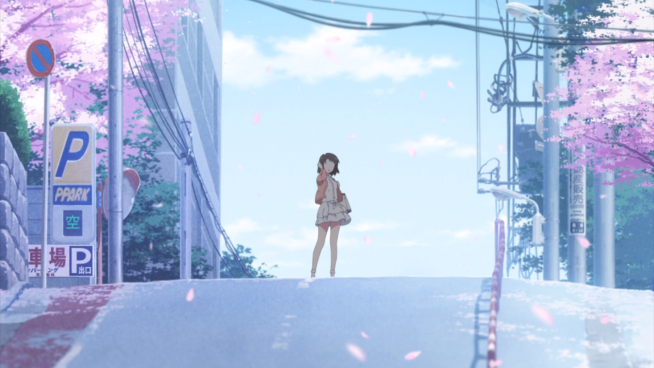 Hit the jump and let’s travel back in time to Winter 2015!

With this season’s Looking Back, we have a change in format…  In January of 2015, I started the “weekly wall o’ text” on Mage in Barrel.  So, for the first time, I have a written record of what I thought then that I can compare to what I think now!

Not the best final ep ever… a rushed race to a pre-ordained conclusion further marred by the obsessive need for almost every significant character to take a final bow.

Midseason rating – cruising in to a solid 2-2.5, just a little below average.

Final rating 2.0. Which is actually a real shame… there were many good ideas in the show, and so much potential, but it just couldn’t keep the focus or avoid ass pulls and come together.

In retrospect, I don’t know why I was anticipating/ended up watching the second season after the first (reviewed in the Summer 2014 edition of Looking Back) was such a crushing disappointment.  Ok, yeah.  I know why…  the massive cliffhanger in the final ep, which ended up being essentially retconned away.

I think the only thing I really enjoyed was when the Princess had had Precisely Enough of being a pawn and took matters into her own hands.  Sadly that was then downplayed towards the end to avoid taking attention away from Inaho The Magnificent.

A rather disappointing mess of a final arc and episode. All the foreshadowing in the earlier episodes paid off in the finale – as expected they pulled practically every Magical Girl, Magical Battle High School, and Final Battle tropes out of their nethers and stuffed them into the final episode. It seemed to be driven more by the need to pacify the fanbase by giving every shipgirl her Hero Moment than by any attention to the plot.

Midseason rating – on pace for a solid 2-2.5, around average.

Final rating 2.0. It could have been so much better had they stayed with the light drama/slice-of-life format established in the first half of the season… instead they had to go and try to establish “deeper meaning”, but the character and plot development to date provided a poor foundation and the whole structure collapsed.

Kan Colle was…  About as blatant a cash grab as I’ve seen.  It’s primary audience was players of the game, and the rest of us were just along for the ride.  There were flickering hints of an actual plot early on, but it eventually settled on just recreating campaigns from the game.  (Weird game elements and all.)  Then they tried to go all mysterious and heavy (“what are we shipgirls?”  “why do we exist?” etc…) which was basically just embarrassingly bad.

Your lie in April / Shigatsu wa Kimi no Uso

Though I’ve said much week by week, I don’t know what to say overall about KimiUso. When it was good, it was very good. But when it was bad, it was very bad. I’m glad I stuck with it, but sometimes I think I did only because commiserating with the community here and on CR during the bad parts made them bearable enough to hang around and see what happened next.

(Posted in your season review, mentioned here for completeness sake.)

Midseason rating – It’s looking like it will settle out about a 3, solidly above average… but it’s pulled way down from where it could be by the inconsistent pacing and inability to get out of it’s own way.

Final rating 3.5, pulled up by the final ep, held down by the many weaknesses you note above.

Originally reviewed in the Fall 2014 edition of Looking Back, and I don’t think I can add anything useful now that I didn’t say then.

The finale packed in a bit more plot than was typical, but overall it was well done. A very nicely done balance between summing up the themes of the show and looking forward to the future – just what I like in a slice-of-life.

Midseason ratings – 2.5-3, right in the middle of the pack. Not great, but not bad either.

Final rating 3.0. Despite some consistency problems and weak episodes, particularly in the second half, the show never strayed far from a nice balance of comedy and mild drama.

Graffiti was also known for it’s earworm previews each week…

Anyhow, despite the middling ranking, I enjoyed the hell out of it.  Every now and again I do re-watch a favorite episode or two.

Saekano: How to Raise a Boring Girlfriend / Saenai Heroine no Sodatekata

A very, very sweet finale… I have to admit though, I was running cold during the second half of the season because of some bad thinking on my part. I’d presumed they had had to finish the game and reach Winter Comiket for a satisfying ending. It wasn’t until the final ep that I realized they actually only had to reach the conditions set up in the prequel, which they did with panache.

Final rating 4.0. A solid story, well done characters and development, and a nice mix of drama and comedy. In almost any other season Kato-chan would be best girl and in this season only falls into second place behind Miyamori Aoi of Shirobako by a slim margin. I renew my suggestion to you Bless that this needs to be in your queue.

When Saekano aired, the producers made the curious decision to have a fan service and trope laden prologue/prequel episode (which was actually from the mid point of the show chronologically speaking)…   Which was unfortunate because it caused a lot of people to drop what turned out to be a rather enjoyable show.

The best part was Kato-chan, an innocent normie caught up the whirl of otaku obsessions.  Her dead pan observations of the madness around her were invariably the best parts of the episode.

When I started writing this article, I’d never rewatched it.  But hunting around for screenshots has turned into a full-blown rewatch…  What that says, I dunno. An outstanding final ep… The production meeting that Aoi lead and the calm way she outlined the work to be done really made her growth over the course of the series shine. The tape delivery/car chase scene was a masterpiece. (“I haven’t seen you in eight years Lady of the Speed of Sound”! – brilliant, and an excellent final bow for the under used Okitsu-San.) Unlike many others, I wasn’t too impressed with Aoi’s speech, very tropey (see your screenshot) and it just repeated what had been said in the episode and the show several times before. I thought her final dash to Hiroshima Bunta was a much better summing up of her character and
growth. The final scene with all the girls was very sweet. My lady had to stop by the grocery store on her way home that night, and I almost had her pick up some doughnuts so we would join in their final toast… (I knew it was coming, we all knew it was coming) but I chickened out.

Midseason rating – A solid above average 3.5

Final rating 4.0. I really struggled with the rating here. In some ways, it really wanted to be a 3.5, pulled down by trope-ism and the constant reach for the monster-of-the-weak. But after thinking about it, it’s a clear case of the sum is greater than the parts. The good parts, particularly The Director as well as Aoi, outshine the bad sufficiently to pull it up.

Originally reviewed in the Fall 2014 edition of Looking Back…  And it’s interesting to contrast what I said in that post with what I actually wrote back in Winter 2014.  Looks like I thought better of it at the time than I remembered.

It’s worth pointing out that for me, 4.0 out of 5.0 is the “trembling on the edge of greatness” tier.  Having rewatched the show since posting the review back in Dec, I stand by my original (2014) rating and comments.  That being said, it’s a show that I continue to recommend that people watch (particularly when the topic of Sakura Quest comes up).

The IDOLM@STER: Cinderella Girls; (first half a continuing series)

Midseason rating – a solid 2.5, just a touch below average. Too many characters, too many tropes, too little focus.

Current rating, 2.5 for the reasons outlined above.

I’ll just leave this here and come back with a full review in the Spring 2015 edition of Looking Back.

• Absolute Duo (7 eps)
• Bonjour♪ Sweet Love Patisserie (2 eps)
• Cute High Earth Defense Club LOVE! (2 eps)
• Military! (6 eps)
• The Rolling Girls (6 eps) It almost got dropped at 4, but my lady and I kinda egged each other on into another couple of episodes.
• The Testament of Sister New Devil (7 eps)  A couple of good scenes early on lead me to stick with it longer than I might have.
• Wake Up, Girls ZOO (2 eps) Which is sad because I love WUG chan and wanted to like this show.
•  Yuri Kuma Arashi (2 eps)

Check out the season chart, then drop a comment and share what shows you watched during the Winter 2015 season – what do you remember?  How have they held up?