Still trying to figure out where to restart after real life intruded on the Summer season…  But I guess it’s best to begin at a beginning, and that’s where we stand.  Hit the jump, and let’s take a look at what’s coming up for Fall 2019!

First up, let’s talk about the sequels.  As has been increasingly common the last year or two, there’s a LOT of sequels this season.

Bananya and the Curious Bunch:  A sequel to 2016’s charming Bananya…  I’m seriously looking forward to it.  My wife liked it so much that I bought her a Bananya plushie for her birthday this year, and it’s displayed in a place of pride in the living room.  One of the best parts is the deadpan narrator…  He won an award for his work on the show, and deserved it because it made the show.

It’s a short, so you have a chance to catch up before the season begins – and you should take it.

I’d say mild anticipation here.  I enjoyed the first two seasons, but I don’t know that there’s going to be any breakout plot wise.  On the other hand the trailer has quite a bit of Arata…  Despite his physical absence, he was a huge driver of the plot in the previous seasons.  Does he finally take part in the main action?  (Manga readers:  NO SPOILERS.)

Given the problems with the first season, I don’t know quite why I’m looking forward to Kono‘s second.  When it was on, it was on…  But it was also off quite a bit and relied overmuch on cliffhangers.  If I had to put it down to anything, it’s probably to see where they go with Chika’s story.  The rest of that characters aren’t that interesting.  (You can read my comments on the first season here.) 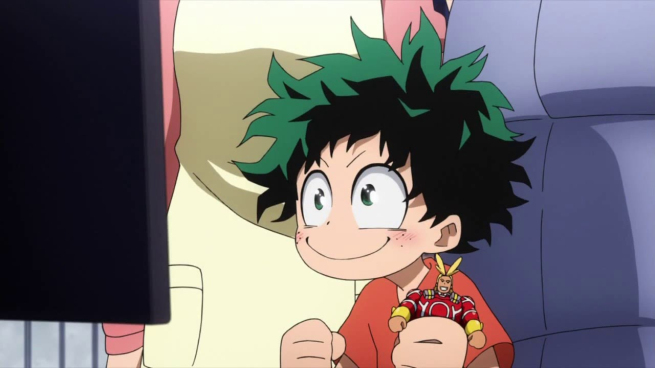 Deku’s tale is, of course, front and center and worth watching here…  But I have to admit, I’m also watching for Ochaka, Todoroki, and quite a few other side and minor characters.  Whatever Academia’s flaws are in it’s main plot, it’s been very good at fleshing out the side stories.

Sword Art Online: Alicization – War of Underworld:  And, here we have the elephant in the room.  If you were following along as I watched the first half, you know I was frequently unhappy with it.  I love the SAO franchise, but Alicization was a hard slog.

But, maybe, maybe, this second half is the part where it gets good.

Oh, who am I kidding? Everyone knows that I’ll be watching in the faint hope that Asuna gets a) more screentime, and b) a chance to be a badass.

Wow!  I usually limit myself to ten shows or so, and half that has already been taken up with sequels – and a goodly number of those I’m lukewarm about at best.  Let’s dive into a few more shows before calling it a day.

A school club anime about cute girls who play board games.  As regular readers know, I’m into CGDCT and have a passing interest in school club shows, but there’s an additional factor here.  I’m most interested in this because I have an IRL friend who is heavy into board games.  He collects them, runs tournaments at local cons, etc…  I think he’s going to watch it, and I’m interested in hearing what he has to say.

Well.  Took a bit of a break at this point, and looking down the list there’s a lot I’m lukewarm about or curious about… I don’t know if it’s my mood, or the season, or what – but none rate more than a line or possibly two.  Not sure that’s actually useful to anyone, so I’m just going to wrap it up.