A day late and little less complete than I hoped because my wife and I spent good part of yesterday dealing with the aftermath of an overflowing washing machine… But I decided with all these shows, I didn’t really want to delay it an entire week.

Plus, if I waited an entire week I wouldn’t be able to talk about the premiere of Kiyo in Kyoto: From the Maiko House!

Hit the jump, and let’s dive in!

The shows that I’m watching are in bold, shows my wife and I are watching together are in bold italics,  marks dropped shows and (*) marks shows with no comments this week.

A reminder for the Winter 2021 season: Due to the large amount of shows this season, brief comments and no comments are likely going to be common… This is about the only way I can remain sane. 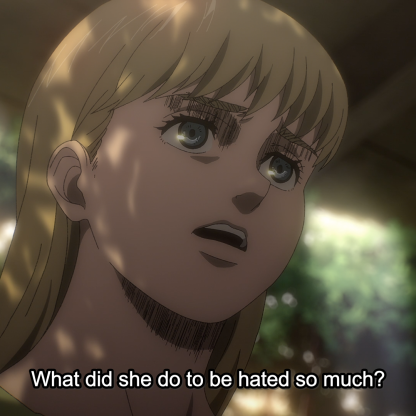 It’s to Titan‘s credit that it can take a point that it hammered home several times already, repeat itself, and it’s horrifying rather than annoying.  And I didn’t miss the irony of who was driving that point home to Gabi – and why she was alive to do so.  Nor the household where she lived.

And earlier, we saw the return of the “Eldian Empire” rhetoric…  There are no innocents, and no easy solutions.  We’re all doomed.

Poor Hange.  She’s the token idealist in this whole mess, and she’s in way over her head.  And I’m pretty sure she know it.

Cancer Cell first appeared in Episode 7 of the first season of Cells at Work!, and they took a bit of criticism for making him something of a sympathetic character.  Well, he’s back – and there’s no sympathy this time!

Though they dragged out Regulatory T Cell’s schtick a bit long, they did build drama pretty effectively.  I’ve heard rumors this was supposed to be an eight episode season – and this (episode 7) sure felt like a penultimate episode.

I invite correction on that of course, but I’ve been unable to locate a primary source that definitively gives an episode count.

All about Chrome pulling a Mark Watney and science-ing the heck out of it…  Will a little help from Ukyo.  What is his deal?  It’s unquestionable now that he’s got his own game going on.  We don’t know his endgame, but certainly not on Tsukasa’s side.

I doubt that was Taiju who slid him the battery.  If it was, that opens a whole raftload of questions.  Like – doesn’t Tsukasa have any internal security?  He’s not that dumb.  And if he does, we’re back to Ukyo being in a better place to subvert it. 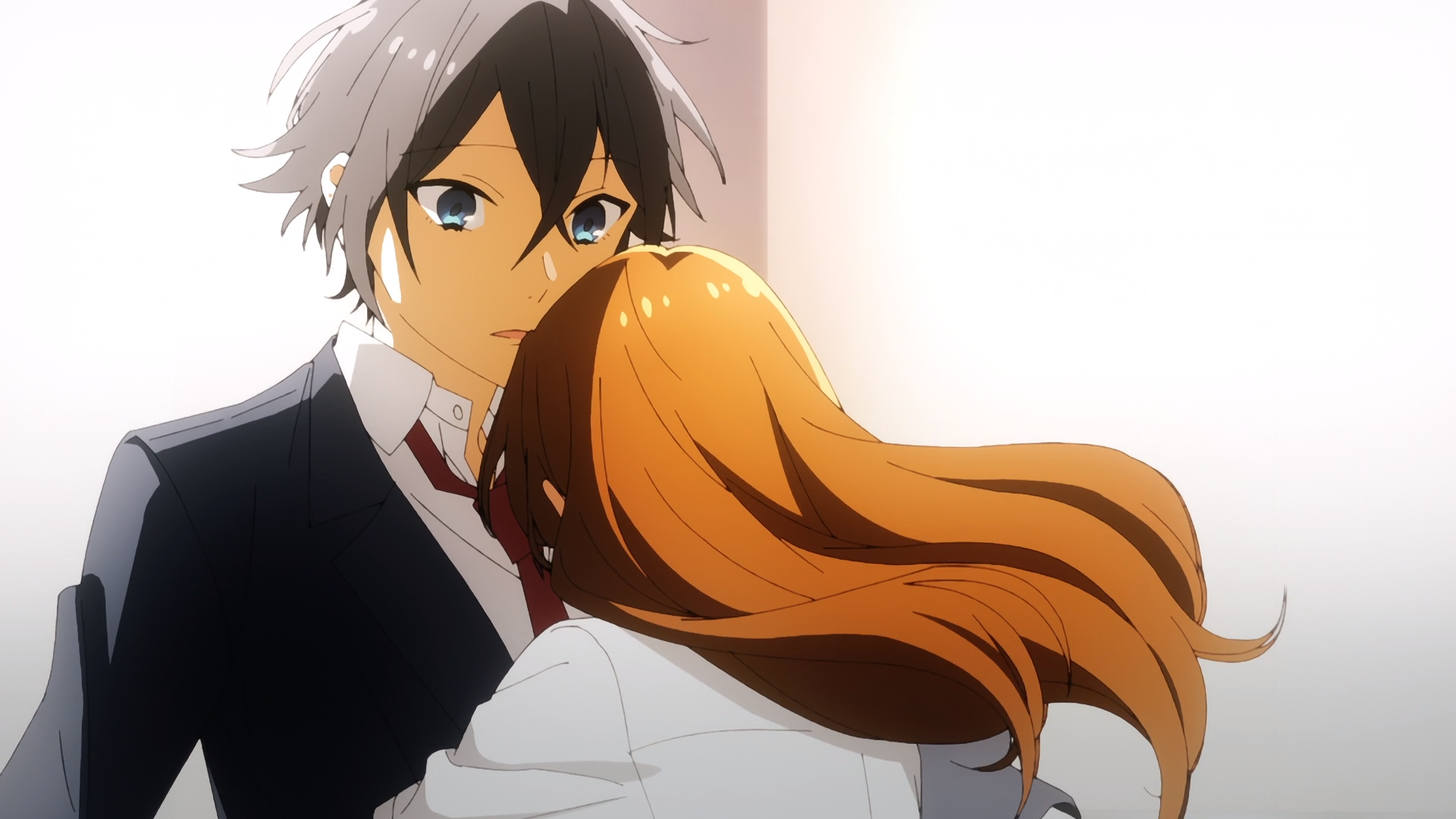 That was…  So very well done.

And yes, I saw the post credits.  Nothing to freak out about (as I’ve seen in some quarters)…  It’s perfectly natural and I think it’s to Horimya‘s credit that they treat it so.

Except for the poor girl who hadn’t finished her summer homework, mostly downtime for the cast…  Pretty much a bog-standard “day off” episode.  Kudos though for not making it a fanservice heavy beach or onsen episode.

Kiyo in Kyoto: From the Maiko House Episode 1
Maiko-san Chi no Makanai-san

If you haven’t seen the announcement this morning…  Crunchyroll has picked up Kiyo in Kyoto up for weekly streaming!  We watched the first ep yesterday on our DVR, but we’ll be swapping over to Crunchy as it’s much more convient.

Anyhow, first impressions…  Seems like a sweet character driven slice-of-life so far.  There’s hints of mild drama left unresolved (so far), but mild drama and actual plot and SOL aren’t inconsistent at all.

Man…  I want to try some gomoku shigure myself!  Pretty good episode overall, I love the parallel journeys of our two protagonists.  Also loved learning a bit more about Sakura – a closet otaku!  At least about that one show…

Parent’s Day was funny as all get out…

So I’m a Spider, So What? Episode 7
Kumo desu ga, Nanika?

I think all this will all make a lot more sense when the two tales converge…  There’s a lot more to the world than we’ve seen from out worm’s eye view.  Kumoko knows this now, and Elf-sensei appears in on it (or at least more knowledgeable about it).

This…  Should have been a high water mark for the season, full of drama, emotion, and feels.  Instead, poor direction and storyboarding, lackluster voice actor work, and frankly…. piss poor writing give it all the impact of a Wikipedia article.  (OK, gotta be honest, I stole that last from ANN’s episode review.)

It also doesn’t help that Titan is wrestling with many of the same moral issues this season – and is much better at doing so.

My wife and I still watching, but we’re increasingly uncertain as to why.  This was supposed to be, in our estimation, a make-or-break episode… and it’s hanging on by the tips of it’s fingernails.  Too many plot holes, and the fabric of the tale is weak and rapidly unraveling.

Over at 100 Word Anime, Karandi asks: Is Season 2 Of The Promised Neverland Weaker Than Its Predecessor? An entirely reasonable question, and her answer (and reasoning) well worth reading. FWIW, I agree.

Confessions are in the air!  Though if you’d have asked me, I’d wouldn’t have expected Miss Walking Baggage Cart to have been the first.  But then…  she did do the whole Dramatic Haircut [TV Tropes link] thing, symbolically breaking her ties with the past.

From on the outs with their father to being comfortable with him…  all in the span of the episode.  And some of what he says, and how he says it, is creepy as hell.  He’s got control and stalker issues.  (And can’t make up his mind about Futarou.)

And then…  we have something new.  One of the sisters has stealthily declared war on her siblings.  All’s fair in love and war?

(*) With a Dog AND a Cat, Every Day is Fun
Inu to Neko Docchi mo Katteru to Mainichi Tanoshii

Sorry for this not being as long/full/well done as usual… Life kinda hits you between the eyes sometimes.

It may be hard to comment because you’ll probably have already seen our Thursday shows, but no spoilers please!

Anyhow, as usual, drop a comment and let’s chat!